Manhattan businesses rely heavily on revenue generated between August and May from college students.

The owners of local Manhattan bars such as Kite’s, Tubby’s and Johnny Kaw’s have been hit hard from COVID-19 as their major revenue streams come from students spending Friday and Saturday nights out in the ‘Ville. Additionally, Fake Patty’s Day was also cancelled because of the pandemic.

Some Kansas State students rely on jobs in Aggieville to help pay tuition and cover the cost of living as a full-time student. Although classes are online, the cost remains. Students still pay full price for tuition, and in most cases, are stuck paying rent in the Little Apple.

When the doors in Aggieville were open, Emily Wearing, sophomore in kinesiology, worked as a server at Kite’s, a bar in Aggieville, to pay for rent and other necessities. She worked around 30 hours per week, along with many other students at Kite’s, who found themselves unemployed on March 18.

“I would get roughly $800 a month,” Emily Wearing, sophomore in kinesiology, said. “So that was rent, groceries and payment for gas and all that stuff. Our manager sent us a big, long email and it affected almost all of us who are students. We all got laid off on the same day. There were 70 of us.”

Right across the street from Kite’s, Tubby’s shut its doors as well because of the pandemic.

Katelyn Steiner, junior in early childhood education, works as a bartender at Tubby’s and a student aide at the Center for Child Development at K-State. While being a student aide paid her rent, working at Tubby’s provided a fun way to make some extra money.

“It’s more for things like gas and groceries, so I still use it towards things I need,” Steiner said. “I was typically working Thursday, Friday and Saturday. It just depended, sometimes I would have to be there from 7:30 p.m. to 2 a.m. Other times I would get there at 10:30 — it just depends.”

Jason Davis, senior in kinesiology, was a bartender at Johnny Kaw’s. Davis was only working around one shift per week, but he is still impacted by the closing.

When the time comes, Riley County meets the requirements to move into next reopening phase, officials say

“For me personally, it was my grocery money,” Davis said. “You make probably a hundred bucks in one night, and that’s good enough to cover your groceries and a little bit of fun money.”

COVID-19 also impacted Coco Bolos. While curbside and delivery are still available, only one cook and one manager are working, leaving the rest of the staff to find pay elsewhere.

“I was bringing in near $2,400 a month. That came directly from tips since we did not receive paychecks,” Kaysha Teegerstrom, sophomore in life sciences said. “One hundred percent of my tip money I earned from Coco Bolos paid for my rent, tuition, groceries and hygienics.”

Teegerstrom was working around 30 hours per week as a server and considered Coco Bolos a family to her.

Aggieville restaurants and bars are missing out on a ton of money, Taylor McKee, security manager at Tubby’s, said.

“Usually on a good night, which would be Friday or Saturday, we would do about $10,000 in just credit card sales alone,” McKee said.

McKee would work every day the bar was in operation, totaling around 50 hours per week. With this job taking up so much of his time, McKee decided to take a semester off at K-State.

“For some of the bartenders and shot girls, that is their full-time job,” McKee said. “For me, that is my full-time job, just because I’m putting in so many hours a week.”

Students who recently lost their jobs are left to come up with money for a potentially costly situation: They are left to figure out how to pay rent, buy groceries and pay for the next semester’s tuition. Bars are able to reopen during Phase 2 of the Riley County phased reopening plan. The date is still to be determined, but could be as soon as May 18. 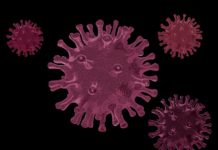 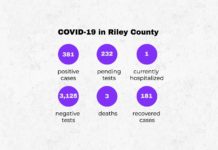 TAKE A LOOK: COVID-19 in Riley County by the numbers on July 8 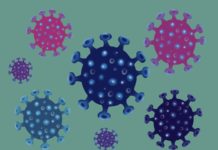