College seniors are facing some major changes — both good and bad — as COVID-19 sweeps across the United States and as the world comes to terms with its far-reaching implications.

This holds true for Cameron Horsley, first-year student in the master’s program for early childhood education. Horsley initially planned to work as a preschool teacher, but with unemployment rates skyrocketing, she is growing frustrated in her search for a job.

“Many early childhood centers are unaware of their enrollment numbers for the fall so most [are] currently not hiring,” she said.

Horsely hasn’t been left with many options because of the possibilities of low enrollment, the continuation of school closures through the fall and a potential second wave of the COVID-19.

Horsley is using resources like LinkedIn and Indeed to find jobs and to ask people in the field if they know of any places hiring.

She said she feels like positions will open up in the next few months once parents become more comfortable with their children being back at school. If they don’t, she has an alternative plan.

“I have been considering taking out additional student loans to be a full-time student [in the] fall [of] 2020 to finish my master’s degree instead of working full-time and spreading it across two semesters,” she said.

Horsely is not the only senior that had their post-graduation plans altered.

Bailey Current, senior in journalism and mass communications, had to cancel a family vacation set to take place after commencement. After she returned from vacation, she was supposed to start her internship for Go Local Interactive.

The biggest change to Current’s plans was the cancellation of her trip, but she is still worried about how the pandemic might affect her internship, though she is trying to remain hopeful.

“I don’t have much knowledge about Go Local’s plan yet, but I’m sure they’re going to keep rolling with the punches and produce the best-case scenario for their employees and clients,” Current said.

Current said the biggest adjustment for her will be living at home again because she hadn’t planned to do that.

“I’ve been pretty much isolated in Manhattan these past couple months, so going from an apartment of one to a house of five and a dog could be interesting,” Current said.

Gabby Albertson, senior in journalism and mass communications, will be moving to Chicago to work for Coyote Logistics as an operations coordinator.

Moving to a new place and starting a new job is hard enough, and Albertson said COVID-19 has created some fears for her during her transition. Additionally, her official start date at her new job has been pushed back.

While this small adjustment did not cause much trouble for her, the fear of being in a big city during a global pandemic is worrisome for Albertson. She believes the impact the virus has on her will be greater in Chicago than it would if she were in her hometown.

“Just the other day, my mom told me that the next hotspots for the coronavirus are Chicago and Los Angeles,” Albertson said. “So, it does worry me, but I just need to go about my everyday activities and outings with caution and hope for the best.”

At first, she was worried about the security of her job. She said there is a possibility that it will be done virtually but, luckily, Coyote Logistics has assured her that her job is safe for now.

Albertson does not currently have a backup plan, but is confident she will get through all of this without any major bumps in the road.

“If things were to change, I’d start applying to more jobs and hope for the best,” she said.

On the flip side, Isabelle Liuzza, senior in architectural engineering, was happy with the changes to her post-graduation agenda.

Liuzza already had a job lined up, but started a month earlier than she had initially planned. She was, however, disappointed because she was supposed to go on a trip with her sister, but it was cancelled.

“The first week after spring break, my employer called me asking if I would like to start early and was telling me how busy they were at work,” Liuzza said.

While Liuzza was disappointed her trip was canceled, it worked out for the best.

“It’s a good thing because I would make more money if I started earlier than my original start date,” she said. “It was also a bad thing for me because I had to stress out about finding a place to live on short-notice and not a lot of people are moving out during the pandemic, but luckily I was able to get an apartment.”

Albertson said she encourages all of her fellow classmates to remain positive.

“Right now, we’re living in a world that’s unknown,” Albertson said. “Businesses are closed, people are losing their jobs and a vast majority of the population is filing for unemployment. So, I think it’s important to remember that we’re all in this together. We’re going to get through this and one day, things will go back to normal.” 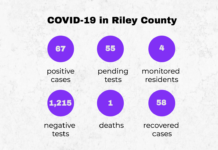 TAKE A LOOK: COVID-19 in Riley County by the numbers on June 3 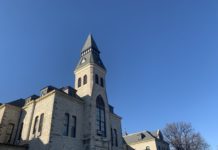 Another round of furloughs announced for the summer months 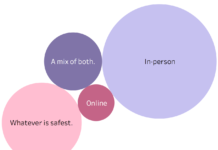 Twitter Poll: What type of classes would you prefer in the fall semester?

In my own words: My experience in coping with and accepting...