Editor’s note: This article contains sensitive material regarding mental health. This story was published in the Collegian as part of a partnership with the A.Q. Miller School of Journalism and Mass Communications. The Collegian, the independent voice of the student body, is also an educational tool that allows student journalists to get hands on experience. This story is a senior capstone project.

Through the winter months, seasonal affective disorder becomes more prevalent throughout the United States. On average, 10 million Americans will struggle with SAD.

Eric Martin, therapist at Pawnee Mental Health, said that the holidays can be a difficult time for many.

“Holidays don’t equal more depression, but holidays can increase or trigger more depression, anxiety, kind of any negative emotion,” Martin said. “There isn’t a causal relationship with it, but definitely a strong correlation.”

Lauren Ailslieger, senior in economics, says she enjoys going home during the holiday season, but it can be a trigger her memories of past struggles.

“The flip side, returning to an environment that historically has been not the greatest for my mental health is almost like taking a step back in time,” she said.

SAD is four times more common in women and the numbers continue to grow every year. In addition to those statistics, it is important to understand the age group that is commonly affected by SAD is people between the ages of 18 and 30. This age group has the most reported cases of seasonal depression and the percentage of those affected grows every year.

Adam Kaplin, a doctor at Johns Hopkins, said that April, May and June are the leading months for the highest rates of suicide. On average, more than 47,000 people take their own lives per year. Kaplin also cites that the spike in spring suicides has some tie to seasonal allergies. The seasonal allergies can lead to depression, which in turn can result in suicide.

There are some ways individuals might be able to combat the feelings of hopelessness.

Robbie Nutter, director of the Christian Challenge at Kansas State, says that he has hope because of his faith in Jesus. 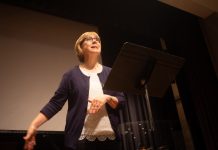 Survivor of a hostage situation shares her story 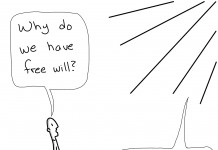 Student Selection: Are we on manual instructions?