Over the past few years, many students have struggled to adapt to the growing cost of tuition related to traditional higher education, causing them to look for less expensive alternatives.

Of all the four year schools in the state, Kansas State saw one of the largest decreases in enrollment in the last six years.

Provost Charles Taber said he believes that the cost of tuition has certainly played a part in the decline of enrollment at K-State. But also, other facts have contributed to the change, he said.

“It is important to understand that K-State grew rapidly in the period prior to 2014, with a focus on Kansas residents,” Taber said. “In addition to the rising costs to attend a four-year university, we have not responded with new approaches to recruiting and retaining students until very recently.”

The ongoing Strategic Enrollment Management project is meant to “turn these trends around,” Taber said.

While the adjusted strategies rolled out at K-State and other four-year colleges in Kansas, it hasn’t been enough for some students.

Logan Jorns, sophomore at Pratt Community College, said that even with aid, going to a four-year school just wasn’t in the cards for him.

“I went to a community college because we couldn’t financially get me into a four-year school with other people in my family already going to college,” Jorns said. “I would have liked to go to a four-year school, but I have decided to enter the workforce.”

Even as enrollment at other institutions continues to decline, Neil Ross, dean of student services and director of admissions at Manhattan Area Technical College, hopes that these schools can work together in the future.

“We do not see other colleges as competition, but rather opportunities for our students,” Ross said. “Technical, community colleges and universities all serve students looking for different educational degree pathways. Instead of competing, we continue to look at the different ways that all three can coexist and develop articulation/transfer agreements to assist the student along their path of education.”

The ability to prepare students and help them take the next steps in their collegiate careers or to get them into the workforce is another factor that helps technical school enrollment.

“Furthermore, if a student was to qualify as a freshman to take Excel in CTE courses there is a possibility that they could graduate high school and at the same time earn an industry-recognized credential prior to graduating from high school,” Ross said.

As students continue to earn these credentials in high school, Taber still hopes that they will look toward traditional four-year schools to continue their education further.

“We need to explain the lifetime value of higher education [more] than what we do,” Taber said. “An hourly wage job can look pretty good to a high school graduate, but often they are giving up a lot of future income and opportunity by not considering a college degree. We need to persuade the state legislature that we are a critically important public good, so they reinvest in the state universities, keeping tuition affordable.” 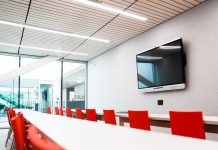 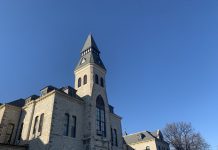