More than a hundred locals peacefully protested and marched against police brutality Friday afternoon. From the 100 or so people in Junction City to those lined up along Anderson Avenue in Manhattan, area residents were out wearing shirts and holding signs with messages like “Black Lives Matter” and “Stop the Hate.”

“No justice, no peace,” some participants chanted.

In Junction City, people gathered at Heritage Park at the Washington and Sixth Street intersection.

Organizer Michael Turner said he was called to organize this protest following the death of George Floyd in Minneapolis, Minnesota, earlier this week — a police-involved incident that has spurned multiple nights of protest in the Twin Cities and around the country.

Breonna Taylor, a black woman from Kentucky, was also killed in a police-related incident in March.

Drivers honked their support as they passed the protestors spread out around the park.

People lined the streets in Manhattan to show their support as well.

Manhattanite Hannah Gomez said she saw one protestor on the corner on Thursday. She went home and got some friends together to make signs. They stationed themselves along Anderson near Sparrow Specialty Coffee starting at 4 p.m. and stayed for hours.

Saturday morning, another peaceful protest is scheduled to meet in Triangle Park in Manhattan. A Facebook event page has the protest starting at 10 a.m. More than 100 people have indicated that they plan to attend. 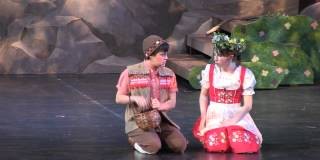