Before Aug. 14, Kansas State will need to revise its existing Title IX policies to align with new guidance handed down earlier this month from the U.S. Department of Education, vice president for communications and marketing Jeff Morris said in an emailed statement. Morris did not provide specifics about what these revisions would look like or how they would affect students.

“K-State’s existing policy … is currently in compliance with Title IX,” Morris said. “As in the past, the university will comply with federal law and develop policies that support our students, faculty and staff.”

The changes to the federal rules, which were first proposed in the fall of 2017, give more protections to students and faculty members accused of engaging in sexual misconduct.

According to the Chronicle of Higher Education, the new rules “will require colleges to hold live hearings and allow cross-examination when adjudicating sexual-misconduct complaints.”

Also, per the summary from the Department of Education, universities would only be required to field complaints in regards to conduct “so severe, pervasive and objectively offensive that it effectively denies a person equal access to education.”

Polly Nations, former vice president of Wildcats Against Sexual Violence, president of KSU No More and senior in social work, said she has some concerns about the new rules because it doesn’t take into account the needs of victims.

“In my opinion, we need to implement a process that is both equitable and fair for all parties involved while also taking into consideration protections that would keep a survivor/victim from being retraumatized,” Nations said via email.

Under the new rules, misconduct that occurs in greek life or other student organizations would fall under the scope of universities’ jurisdictions if those programs are “officially recognized” by the school. This amendment, Nations said, could open the door for survivors of assault and harassment “to get the justice they deserve.”

“However, this potential for justice is useless if schools and universities do not take accountability or do nothing to enforce these new regulations consistently,” Nations said.

K-State has previously come under fire because of its lack of authority over what happens in greek life housing and other student organization establishments.

“Culturally, we see victim blaming, shaming and a lack of support for survivors/victims that come forward with their experiences related to sexual violence,” Nations said. “K-State has been seen in the public spotlight many times for how it investigates and handles allegations of sexual violence and harassment.”

Until November 2019, K-State was in litigation with Title IX lawsuits filed by former students Sara Weckhorst and Tessa Farmer following their reported sexual assaults at off-campus fraternity parties on separate occasions. Both women said they reported their assaults, but the university denied culpability. The lawsuits made national news.

Several court decisions allowed the civil cases against the university to progress, despite attempts from K-State to have the suits tossed. Ultimately, Weckhorst and Farmer dismissed their own suits.

“I would like to see Title IX regulations that empower survivors/victims to come forwards with their experiences, cultivate a culture that supports survivors, while also enforcing practices that are victim-centered and trauma-informed,” Nations said. “K-State, like any other school or university, must continue to work to shift the paradigm in a way that supports and investigates cases of the students that have experienced sexual violence at the university on and off campus.”

If you or someone you know is experiencing sexual assault or domestic violence contact the K-State Center for Advocacy, Response, and Education. 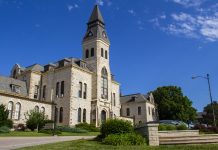 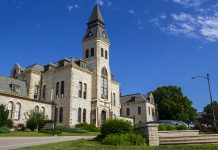