Thursday afternoon, Kansas State sent out an alert via a special edition of K-State Today that the university email system has been “compromised.”

According to the release, multiple people received a fake email from www-data@ksu.edu. This was a “result of an attack on the email domain.” It was not sent by the university.

“IT Security is working to pull back all of the emails and resecure the system,” the release says.

The subject and the text of some of the emails sent out in the attack say “I stand with Jaden McNeil.”

McNeil is a junior in political sciences and the president of America First Students, and is at the center of a recent controversy on social media.

At the time of publication, McNeil hadn’t responded to the Collegian’s request for comment.

People who received the email are instructed to not respond to it.

This is a developing story. The Collegian will provide updates as information becomes available. 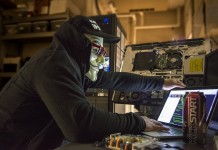