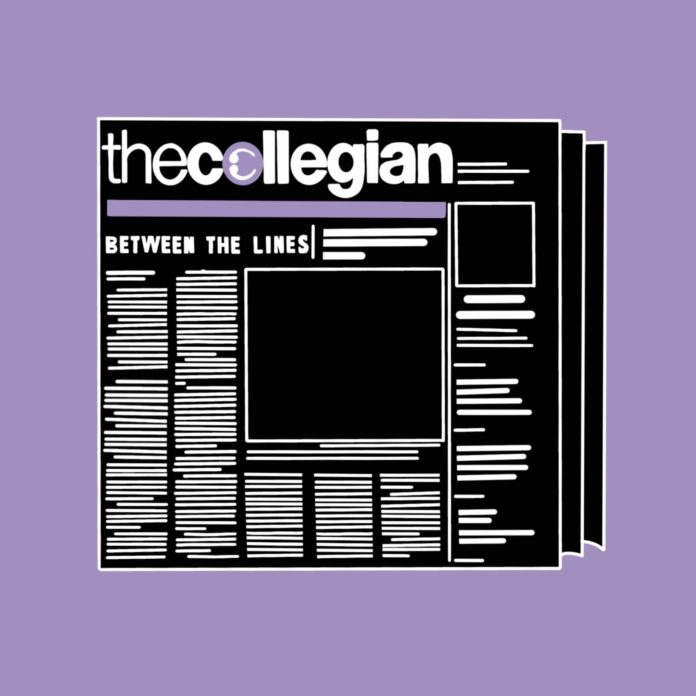 Editor’s Note: Between the Lines is the newest podcast produced by the K-State Collegian. This podcast will focus on the methodology of the reporting from the Collegian and present conversations with the reporters behind the headlines on campus. Below is a transcription of Episode 2.

Julie Freijat, host: “You’re listening to Between the Lines by the Kansas State Collegian. My name is Julie Freijat. I’m the former copy chief of the Collegian and the current news editor. This podcast will give you a behind-the-scenes look at some of our most important reporting as the independent student voice of Kansas State University.”

“The United States is facing a crisis on top of a crisis — as the COVID-19 pandemic continues to rage from coast to coast, protests sparked by the police-involved killing of George Floyd began. These protests, fueled by decades of racial injustice and demands for police reform, lit up cities across the country, from Los Angeles to Manhattan, Kansas.”

“Collegian reporters, already scattered across the U.S. and still adjusting to a new kind of reporting, were yet again facing a new frontier: reporting on racially-charged protests during a worldwide pandemic.”

Dené Dryden, managing editor: “So the challenge is definitely — well, part of it is that not everyone at these protests have been wearing masks. And even though this was a few weeks ago when cases in the area were a little bit lower, that was a little bit of a concern for me, because even though I was wearing a mask — carry hand sanitizer with me. You know, there’s no avoiding, you know, putting my recording equipment near people so that I could interview them, you know, and part of it is an etiquette thing too it’s like, I don’t shake anybody’s hand anymore. Just as a precaution.”

Freijat: “Dené Dryden is a current contributor and editor for the Collegian. She’s been tackling protests in the Manhattan area as well as in Junction City.”

Dryden: “So definitely reporting in a pandemic is hard, and I made sure you know after I covered, those initial protests in the very last weekend of May going into very early June. You know I was watching myself for COVID symptoms, pretty closely because I didn’t think I was exposed but just making sure of it and that’s going to be a process I’m going to have to go through again after I cover another protest this Friday.”

Freijat: Dryden said its likely she will get tested for COVID-19, especially given the recent rise in cases in Riley County. Angie Moss, a Collegian photographer who has also been reporting on the protests, said she faced some anxiety about going to the protests amid the pandemic.

Angie Moss, photographer: “But when I was going through the whole analyzation process in my head, I was like, I think the pros for getting in this atmosphere and covering this event so far outweigh the con of potentially catching COVID-19. So, I was trying to just let that wall down and go all in, and then I was like if I’m going to risk giving this disease then I’m going to create the best possible coverage for this event.”

Freijat: “But aside from the challenging aspect of reporting during a pandemic, reporters are also having to tackle a subject that is more sensitive in nature: race and police brutality.”

“I want to talk a little bit about the nature of this kind of reporting in terms of you know this subject matter might be a little bit sensitive just because you’re talking about racial insensitivity and racial injustice and things like that — and what are some challenges that arise with reporting on those kinds of things?

Dryden: “And it’s an interesting juncture where, you know, in this moment — should I be an activist, should I be, you know, going out there and protesting with my community? Or, is my role more that documentation process, and you know, are there any lines that can be blurred there, is there any step over I can do there because my heart’s telling me this thing. Then also, you know, I want to make sure that this is reported on and I’m a person who can do that. So it’s very an interesting moral and professional issue as well where it’s like, you know, I want to stand with these people and their cause, but also, what’s the best way to do that as a member of the press has been an interesting thing.”

Freijat: Dryden said these events have prompted us to look at how objectivity is viewed in journalism.

Dryden: “And, and, you know, Black Lives Matter, and this issue with police brutality, especially police brutality against Black folks, I don’t think it should be a partisan issue. I don’t think it is a partisan issue — it’s very much a human rights issue. And you know what’s been brought up as a result of this, particularly in the journalism field is, you know, there’s a push to make newsrooms more diverse, there’s a push to have more people of color in reporter or editorship roles. But then there’s also that kind of side conversation of objectivity, you know, can a Black reporter report on racial injustices because they have a personal stake in it? And really the answer to that question is — we should all have a personal stake in this, because it’s a human rights issue. You know, of course, it is so pertinent for the Black community, but as white reporters, that doesn’t mean we’re more objective on this, you know.

“Journalism has a history of centering around a white narrative. And that’s something we need to come to terms with — just because a reporter is white, male straight, you know, they encompass privileged identity — that doesn’t mean they’re going to be more objective. That’s just false to think. So, they will have prejudices, they will have assumptions that they make. And that’s what every reporter needs to do is challenge their assumptions, especially if they’re reporting on something close to home for them, whether it’s something that, you know, resonates with their cultural history, or it’s, you know, a feminist matter or women’s issues matter. That’s something that every reporter needs to deal with is, ‘What are my assumptions coming into this. How can I, you know, kind of train my brain to look around and what other questions can I ask to make sure that I’m not assuming something in the situation? And, you know, are there editors, are there other reporters I can work with to help me see gaps in my reporting, or see assumptions in what I’m doing?’”

Freijat: Dryden said her reporting methods haven’t necessarily changed since she has tried to ask these questions before.

Dryden: “But it has made me realize, you know, I need to, in my reporting, especially as a white reporter working on this, I need to make sure that the people who are speaking up, the people who are leading these local protest rallies — I need to make sure that their voice is much larger than mine and I’m wanting to act in almost the facilitation role to present, you know, their viewpoint, their motive for organizing protests. I want them to be as present as possible in my piece. Because, I mean, first of all — they’re the newsmakers, the ones that count here, but also to realize that, you know, this is not necessarily my platform, and I should be helping other people on their platforms, who are part of the Black community who are part of other marginalized communities.”

Freijat: “Dryden said it’s important for journalists to realize that they are not separate from the communities they cover — they are still part of those communities and they have a stake there.”

Dryden: “And I think that’s ultimately only going to help strengthen your reporting, because you don’t want to pretend you don’t have a stake in this, because you do. And even if you keep those opinions to yourself, you know, don’t let that influence your reporting, but genuine interest in your community and interest in the safety of your community, especially regarding protests and police acting with tear gas, and those other substances. You should be invested in that you should be invested in your own safety, but also the safety of the people around you.”

Freijat: “As protests continue to occur and as the pandemic continues to rage, the Collegian is continuing its coverage of the university, the city of Manhattan, and the surrounding area. Thank you for listening to Between the Lines. My name is Julie Freijat. Stay informed on campus and area news by visiting kstatecollegian.com and following us on Twitter, Instagram and Facebook.” 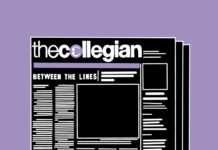 Between the Lines: Episode 3, ‘Photography amid a pandemic’