After years of waiting on both sides, the men’s basketball team and Wichita State will finally meet again following the renewal of the historic rivalry.

This renewal will begin with a charity game on Oct. 24 of this year, and then go to regular-season games starting in 2021 and wrap-up in 2024.

After talking with teams such as Purdue, Missouri and Iowa for a road charity game, Weber decided a renewal with Wichita State would do the trick. Athletic director Gene Taylor agreed.

After talking with WSU head coach Gregg Marshall about the idea, Marshall suggested to take the idea even further and make a series out of it.

After talks were finished between both schools, it was decided that WSU and K-State would finally meet for the first time since 2003.

The first of the meetings will be the COVID-19 relief game in October, held at Intrust Bank Arena in Wichita. Money raised through ticket sales will be donated to the charities of both teams’ choice.

The Wildcats and Shockers will then begin their four-game regular-season series with each other on Dec. 5, 2021, right back at Intrust Bank Arena. WSU will be the designated home team for the neutral site game.

“This provides a chance for us to go to Wichita,” Weber said in a Zoom call on Friday afternoon. “We think [going to Wichita] is important. We have done it at times. It allows our fans to get some of the tickets.”

The series will then shift to Manhattan in 2022, with a game set for Dec. 3. It will be the first time the two teams have played against each other at Bramlage Coliseum since their last meeting in 2003. The Wildcats defeated the Shockers 54-50.

Shifting back to a neutral site game in 2023, the third game of the series will be played in Kansas City, Missouri, at the newly named T-Mobile Center on Dec. 3. This time K-State will be designated as the home team for the neutral site game.

“We have enjoyed going to Kansas City, I think it all makes sense,” Weber said. ”

Finally, the series will shift back to Wichita in 2024, this time played on Shockers’s home court in Charles Koch Arena. K-State took home a 79-66 victory the last time the two teams met on the WSU campus in 2002.

For now, it looks like both sides fans will be getting what they have been craving for years now, with the NCAA approving the charity game in October.

“I hope it all works out and we are able to play all the games due to corona(virus). I hope it’s a great rivalry game,” Weber said.

K-State leads the all-time series against the Shockers 20-11, with a 14-2 mark in Manhattan and a 6-9 record in Wichita. 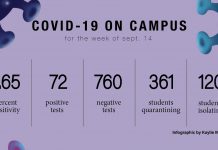 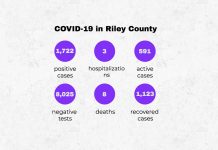 TAKE A LOOK: COVID-19 in Riley County by the numbers on Sept. 23 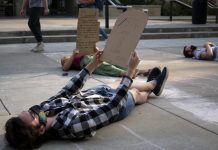