Thursday morning, the men’s basketball team was recognized for an outstanding year in the classroom by the National Association of Basketball Coaches.

The team earned the 2019-2020 Team Academic Excellence Award for achieving a cumulative GPA of 3.0 or better.

“I’m extremely proud of our guys for their efforts in the classroom,” head coach Bruce Weber said in an emailed press release. “Obviously, this has been a challenging academic environment for our players and I can’t thank them enough for their hard work. Many thanks to Mike [Furlong] on our staff as well as Maryclare [Wheeler], Liane [Fowler] and many other members of the student-athlete services department for the support and dedication they give to our players.”

Kansas State was one of four schools to receive the honor, and the first time receiving the award since its inaugural year in 2012-2013, according to the press release. 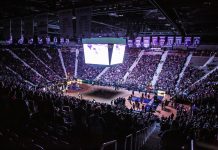 The history of Wildcat basketball: The early years 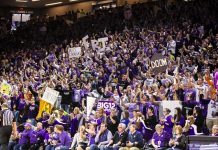 OPINION: K-State should do everything possible to ensure a safe environment at basketball games