Home Multimedia TAKE A LOOK: COVID-19 in Riley County by the numbers on Aug.... 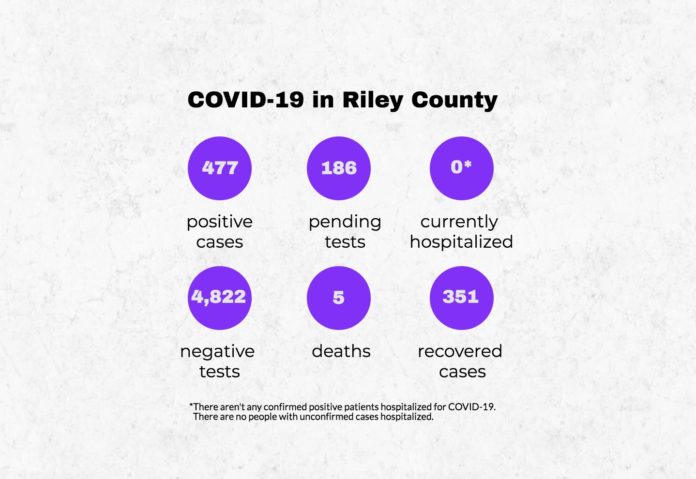 Additionally, 351 of those who previously tested positive are considered to be recovered. There are 121 active cases in the county.

Riley County has documented five COVID-19-related deaths. The most recent death was confirmed last Thursday after an 80-year-old man died. He was associated with the Meadowlark Hills outbreak.

The health department reported another death just a week before when a 96-year-old woman associated with the Leonardville Nursing Home outbreak died.

At this time, there have been 4,822 negative tests administered in the county and 186 tests are pending.

There are no current hospitalizations of people with unconfirmed or confirmed cases. 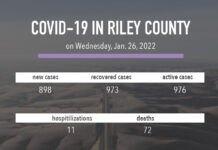