Quest Freshman Honorary announced its newest members last week — 32 freshmen who will spend their first year at Kansas State forming professional connections with each other and potential mentors.

Applying for Quest had been on Jade Valdez-Gomez’s, freshman in dietetics, to-do list since she enrolled at K-State.

“It was on the back burner for quite a while,” Valdez-Gomez said. “When I came to campus and heard upperclassmen’s stories of the impact of Quest, I became more motivated.”

Tori Ward, freshman in marketing and Spanish, said Pat Bosco, former dean of students, encouraged her to apply for Quest.

“I actually met Dr. Bosco at the college fair a couple years ago, and he invited me for a tour of campus,” Ward said. “We ended up staying in touch and emailed back and forth, and he mentioned Quest to me and said, ‘Make sure you get involved in this.’”

Ward’s aunt was also a member of Blue Key during her time at K-State, so Ward said she heard plenty of positive feedback about the organization.

For some freshmen, Quest felt familiar to honor societies and leadership organizations they were involved with before college.

“I already did this stuff in high school, so I figured, ‘Why not?’” Kale Stahl, freshman in physics and math, said.

Valdez-Gomez said hearing of the growth former Quest members experienced both as individuals and as a group also encouraged her to apply.

“Especially during the pandemic, it’s difficult to get involved and be a leader, and this organization will help me discover my true leadership potential,” she said. “I’m really excited to be a part of it.”

To be considered for membership in Quest, interested freshmen submitted an application of short essay questions. Those written applications were whittled down and the interview process began.

“I was in my suit shirt up top, and shorts and fuzzy socks from the waist down,” Ward said.

Applicants logged in at different time slots and moved through six breakout rooms, each for a few minutes, answering several questions in each room.

“It was rapid fire,” Ward said. “You don’t even have time to think that much.”

Stahl and Valdez-Gomez echoed Ward’s emphasis on the intensity of the interviews.

“It was just a crap-ton of questions coming at you really fast,” Stahl said.

Since receiving notice of their membership, the new members of Quest started participating in team-building retreats and club meetings. Like in any other organization, members have also run into complications with in-person events due to the pandemic.

Ward had to miss the retreat because of isolation requirements, and Stahl missed the ice cream social while in quarantine.

Despite the challenges of building connections today, Ward said she’s optimistic about the relationships Quest will help her create.

“I’m really excited to get to know a lot of like-minded individuals and high-achieving people from all across campus,” she said.

Stahl and Valdez-Gomez both said they’re looking forward to the mentorship opportunities Quest has to offer.

“In October, we’ll start ‘speed-dating,’ going around to upperclassmen team members to be our mentors,” Valdez-Gomez said.

Then, freshmen are paired with a mentor to guide them through their first year of college.

“It’ll be nice to partner with a senior and get some help figuring out what the heck [we’re] doing at K-State,” Stahl said.

Valdez-Gomez said being paired with a mentor will give her the opportunity to have a sounding board and grow her confidence taking risks in leadership.

“Being with a mentor, we can become more confident in ourselves and forge our own path,” Valdez-Gomez said. “It’s a powerful relationship between a mentor and a mentee because both can benefit each other.”

The year is young, but Ward, Stahl and Valdez-Gomez all said they’re looking forward to continue growing and feeling connected to the K-State community through Quest.

“Quest sounds like an amazing opportunity, kind of like a backstage pass for freshmen,” Valdez-Gomez said. “I’m really excited to see what this experience will bring.” 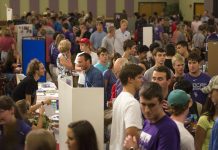 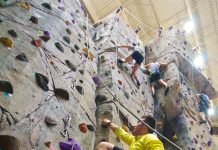