Gabriela Vega, Manhattan attorney, spoke Monday afternoon about the state of immigration law in the United States as part of a legal speaker Zoom series sponsored by the Office of Pre-Law Advising.

Vega, who began working in family and immigration law in 2004, said she hoped to provide students with an opportunity to critically evaluate the way immigration is portrayed and how the country takes an active role in immigration.

Vega said many people might not know what immigration law entails.

When the U.S. began developing, there were essentially “open borders,” she said. The Naturalization Act of 1790 established the first rules surrounding naturalization.

“All of these things are important just to have a context of what immigration is,” she said.

The Deferred Action for Childhood Arrivals program planted its roots in the early 2000s, Vega said, when the government considered legislation like the Development, Relief, and Education for Alien Minors Act, which provides conditional residency to immigrants that entered the country as minors.

In 2012, President Barack Obama announced DACA allowed childhood arrivals to let the government know they were in the country illegally, and in turn receive permission to remain in the country legally.

“DACA applicants must meet numerous requirements to be eligible, and as a result, it’s not uncommon for immigration statuses to differ within families,” Vega said.

“The practical effects have been that they get sent back to us and were rejected,” she said. “Laws are only so good as the executives that enforce and honor them.”

In an email, Madaí Rivera, assistant director for student engagement in the Department of Diversity & Multicultural Student Affairs, described the Supreme Court decision as a “temporary win for DACA-mented students” and youth across the country.

“I was excited for our students who had been extremely concerned and fearful, pending SCOTUS decision,” she said. “The June 18 decision most definitely lessens uncertainty of our students.” 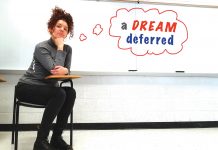 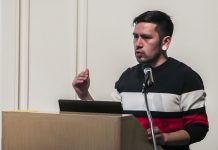 Artist shares his struggle as an undocumented citizen through art 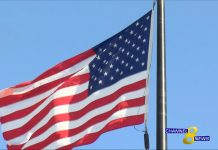 Channel 8: K-State DACA recipients may not be able to renew documentation soon