The men’s and women’s cross country teams walked away with third place finishes in the Cowboy Jamboree meet hosted by Oklahoma State on Saturday.

The men’s team didn’t have their usual top runner junior Cooper Schroeder. They finished with 104 points, behind only Iowa State and Oklahoma State who posted dominant performances at 32 and 23 points, respectively. Kansas, Baylor and Texas Tech were the other Big 12 Conference teams in attendance, all finishing behind the Kansas State men.

Sophomore Kerby Depenbusch was the frontrunner for the Wildcats — posting a personal best time of 25:01.5 in the 8K and finishing 16th overall.

“Basically, I just wanted to take it 1K at a time and stick with the front group as long as possible,” Depenbusch said to K-State Sports. “The last section of the race, I just tried to get as many guys as possible.”

The final scorer for the K-State men was sophomore Jack Thomas, who finished 37th, at 25:37.7.

The women were lead by sophomore Jaybe Shufelberger, who finished fourth place in the 6K race at 21:43.1. Shufelberger bounced back from health issues earlier in the season.

“I knew there would be a good group of girls to compete with, so I wanted to get in the pack and then hopefully be able to pull away,” Shufelberger said to K-State Sports. “I know my abilities and where my fitness is, so I just needed to be confident. That way I could execute the race how I wanted too.”

Junior Kassidy Johnson was the only other top-10 finisher for the women’s team, finishing 10th at 22:04.

The next four Wildcat women were sophomores Hannah Stewart, Emma Lucas, Sydney Burton and Cailan Steward. All four of them finished in the top 50 and each posted a personal best in the 6K.

A third place finish is the best the men’s or women’s teams have posted since 2016. On Oct. 17, the team will head back to Sillwater, Oklahoma for their next meet at the OSU Invite, which will be their final outing before the Big 12 Championship in Lawrence on Oct. 30.

“Team ran pretty well, although I think we still have a lot of room to improve,” head coach Ryun Godfrey said. “We have a few more weeks to get some work in before the Big 12 Championship.” 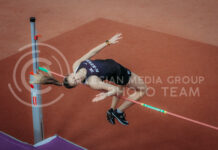 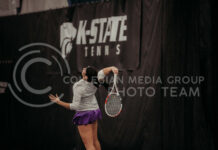 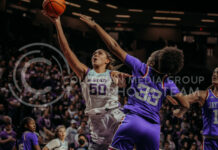