Team Gray took the Fall World Series with a 6-3 win in six innings over Team Purple on Saturday afternoon. Senior pitcher Caleb Littlejim went 2-2 at the plate with a walk and four RBIs in the win. Littlejim tossed four innings, allowing three runs off six hits with two strikeouts and two walks.

“We were really competing for something, with this series, it just becomes more a spring atmosphere to get everyone’s energy going,” Littlejim said in a press release. “Everybody’s going 100 percent, giving it everything they got, so the spring feel is good for us to get into a game flow, instead of a regular practice.”

Team Purple struck early in the top of the first with an opening single by sophomore second baseman Daniel Carinci. Junior Zach Kokoska collected an RBI with a single up the middle to take a 1-0 lead. Kokoska would come around to score on a sacrifice fly to center by junior left-fielder Jordan Maxson.

Littlejim gave himself some run support in the second inning with a 2-run home run to left field following a leadoff double by freshman Nick Goodwin. Team Gray took a 4-2 lead in the inning with RBI doubles by freshman catcher Raphael Pelletier and freshman third baseman Elijah Dale.

Kokoska made it a one-run game in the top of the fourth on a two-out double, which scored sophomore right-fielder Cole Johnson.

Team Gray added two in the bottom of the fifth to take a 6-3 lead on a two-run RBI double by Littlejim.

“There was a lot of excitement around our program when things got shut down on March 12, and this is just a continuation of that,” head coach Pete Hughes said about the fall series. “We are in the middle of a global pandemic, it’s our non-traditional season, and still the atmosphere in this park last night and today was phenomenal. I think that’s an indication of how far our program has come and where it’s headed and what type of spring we are looking to forward to having.”

The next scheduled game for the Wildcats is an ALS Awareness game on Oct. 30, but the spring 2021 schedule has not yet been released. 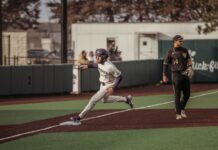 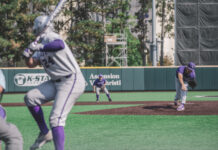 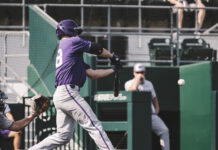