The basement apartment Audrey Wilson, senior in animal science, previously rented through Frontier Property Management was home to more than just her and her pets. Another tenant that didn’t pay rent flew around the apartment at night, leaving a mess everywhere.

Wilson’s apartment had bats — a hazardous roommate — Wilson said. Before moving out, she worried about her and her pets getting bitten and needing treatment for rabies. Wilson said she didn’t sleep well for weeks.

“It’s literally three months that I’ve had this apartment and it’s just too much, it’s affected my mental health,” Wilson said.

When Wilson signed her lease on July 1, she started hearing noises in the walls within the first couple weeks. Concerned, she called Frontier to ask for an inspection. Wilson said they told her to reach back out in a couple of weeks if the problem persisted.

After sending more emails to Frontier and receiving no reply, Wilson said a pest control company showed up at her apartment.

“Two random men without masks showed up to my door, they didn’t even have company clothing on,” Wilson said. “They just showed up. And they were like, ‘We’re here for the bats.’ They literally just showed up as I was leaving for a work trip because I traveled the weekends for work. So I was literally on my way out the door. It was such a bad time.”

Wilson said they inspected her apartment on Aug. 12, the same day she caught a bat.

Despite the fears Wilson has, all pest control companies can do is put bat houses up. Bats are federally protected and have to be removed from an area humanely.

“Because bats are federally protected, they cannot be harmed or killed in mitigation and neither can their habitat be disturbed, even if the habitat is the tenant’s home,” Bianca Valdez, Frontier portfolio manager and director of marketing, said. “To complicate the process further, bat remediation is a highly specified task that has to be done in a series of steps. The entire process for bat mitigation is regulated and can be very time-consuming.”

If everything goes as smoothly as possible, Valdez said removing bats can take up to 12 weeks, but it could take years to effectively resolve the issue.

Bats are small and can get into a crack as small as three-eighths of an inch. Valdez said all cracks and crevices must be filled, which can be difficult on older houses.

At Wilson’s apartment, pest control only covered one vent with mesh. A vent in Wilson’s bathroom, a poorly sealed window and other vents in the apartment were left alone.

Additionally, the flying creatures drop guano — bat poop — everywhere in her apartment. While there isn’t a danger of getting rabies from the guano itself, it has other health hazards if inhaled or ingested.

Guano can spread histoplasmosis, an infection caused by a fungus, that can cause flu-like symptoms and long-term health consequences.

Wilson said her cat ate some guano and then started vomiting. Though the cat is fine now, Wilson said she worries about her pets. If any of them — Wilson included — were to be bitten, she knows she would go into debt to pay for rabies treatments.

“They say they have no liability,” Wilson said. “They told me they weren’t paying for any rabies vaccinations for me or my pets. Like if I got bit, and that’s like $3,500 I can’t afford when I’m already working multiple jobs and going to school.”

Zachary Perez, student director of Off-Campus Housing Support and junior in journalism, said liability is on a case-by-case basis.

“I won’t name any specific situations, but I can say right now I’m working with multiple students who have had to start rabies treatments because of bats being found in their apartment or housing,” Perez said. “Honestly, I think there’s a really good argument to be made that the property management company or the landlord does owe that kind of money because it was their negligence and their inaction that specifically led them to being exposed to those bats.”

While the situation can seem bleak, Perez said renters can fill out a 1430 form that informs the landlord or property management company they are taking legal action.

“What the form essentially allows tenants to do is say, ‘OK, here is the issue that I am facing. Here is this form, that I am delivering to you and I have signed and I have stated all these grievances that I have. I’m giving you 14 days to completely resolve everything on this list or show me physical, hard evidence that you are making a good faith effort to resolve all issues. If you cannot do that within 14 days, within 30 days from the last day that I paid rent, my lease is void and I am moving out,'” Perez said.

Besides the bat issue, Wilson had Manhattan code inspectors look at her apartment. They discovered fire separation issues in her utility closet. If her apartment caught fire, there is no separation to stop the apartment above her from catching fire as well.

“The fire would keep going to other units,” Wilson said.

Because of the bats and other code violations, Wilson served Frontier with a 1430 form in early October. She left her apartment on Oct. 12.

“It’s just living in wonder,” Wilson said. “Am I gonna have to catch a bat tonight and lose a lot of sleep again and maybe call animal control over in the middle of the night? It’s just not OK.”

Communication issues between Wilson, Frontier and the owner of the property delayed action needed for her to feel safe in her living situation, she said. Valdez said Frontier works in the best interest of both the tenant and property owner.

“We understand this whole issue can be frustrating for our tenants, which is why we are so dedicated to ensuring timely responses and following proper procedures,” Valdez said. “We have to ensure all federal laws are followed, bat populations are protected and our residents are cared for. As Manhattan residents and tenants ourselves, our goal is to make each property safe and secure for all tenants and continue to make Manhattan a great place to live.”

Wilson said they don’t understand the severity of the living situation. Wilson said she believes Manhattan needs mandatory code inspections so tenants don’t end up in bad situations like hers.

“I can’t keep worrying if it’s going to keep getting worse and worse,” Wilson said. 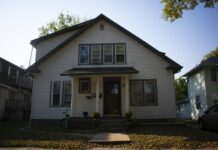 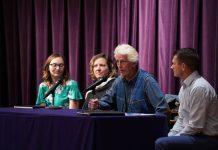 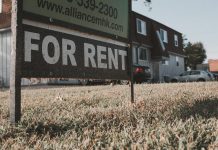