Under normal circumstances, the McCain Performance Series would be underway, but because of the COVID-19 pandemic, the performance series is canceled at least through December.

The new livestream series will be free of charge for some events and will require a ticket for others. The events will either be live or prerecorded, made available exclusively to the McCain audience.

Todd Holmberg, executive director, is in charge of this project and said because of previous broadcasting contract restrictions, he knew the only choice would be to livestream new content.

“The idea for this came after the pandemic forced arts venues to shut down all across the United States,” Holmberg said. “I noticed some of the bigger organizations such as the Metropolitan Opera and LA Philharmonic were starting to stream pre-recorded content.”

Holmberg said the change of scenery would bring a new perspective to the art.

“Even though people are viewing from their homes, they are still experiencing an arts event together in a very human way,” Holmberg said. “Connecting with arts events, even if only over the internet, helps fill the [social] void.”

The service partnered up with Wildcat Watch — a video production services for K-State student groups and organizations — for the livestreams.

Laura Keener, live events producer for Wildcat Watch and senior in mass communications, is in charge of getting a crew together and producing a live event.

“Some roles include general supervision of camera set up,” Keener said. “I decide where the cameras go, I set up the streaming devices, I work with the lighting crew to figure out what looks best on camera then I direct the show and technical direct by myself while the show is going.”

Tyler Traxson, advisor for Wildcat Watch video production, said this project would not be possible if Wildcat Watch wasn’t able to get involved.

“The people with the McCain Performance Series reached out inquiring about the possibility to stream events through a multiple camera live-switched feed,” Traxson said. “Wildcat Watch video production was in the perfect position to provide these services at an affordable cost.”

More events are on the schedule for this semester with the next being Andy McKee on acoustic guitar at 7:30 p.m. on Oct. 25. 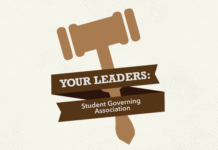