Though it’s good news that the campus positivity rate has stayed below five percent for the last month, there is a growing fear that the prolonged period of low transmission could lull students into a false sense of security, Jeff Morris, vice president for communications and marketing, said.

“We’re deeply concerned that people will get complacent,” Morris said. “We’ve got to keep doing what we’re doing. This is not the time to take our foot off the gas.”

Thomas Lane, vice president for student life and dean of students, said fatigue from the reality of living in a pandemic is natural, especially as the public health crisis stretches into its eighth month in the U.S.

“It can be natural for people to start getting complacent once they see the low numbers,” Lane said.

But that doesn’t mean students should be letting their guard down.

“Now’s not the time to let up our efforts,” Lane said. “The virus doesn’t care about our tiredness — all it’s looking for is a host so we want to do all of the things that we can try to prevent that from happening.”

Further, ceasing to engage in tactics that we know work, Lane said, is ill-advised when you’re dealing with an ongoing crisis like a pandemic.

Per university guidance, Kansas State cannot progress to the phasing out stage of the campus COVID-19 restrictions until there is a therapeutic treatment or effective vaccine.

For now, symptomatic testing is one of the best weapons in the arsenal, Lane said. In fact, through K-State’s expanded testing protocol, six people who weren’t displaying symptoms tested positive last week.

“Because they had the community forethought to get tested, we were able to mitigate the further spread from those six people,” Lane said. “I think that’s important — it shows that it’s working.”

Cases remain low in the greater Manhattan area despite steep inclines in case counts and monitored outbreaks in the state of Kansas as a whole, and that’s generally a good sign, Pranav Savanur, senior in biology and global health, said. However, he doesn’t think that alleviates students’ responsibility to engage in good mitigation behavior — even if they aren’t personally concerned about getting sick from COVID-19.

“If not for [themselves], at least for the immunocompromised friends, family or the elderly living in the same community as them. COVID-19 is a public health challenge right now, we can’t succeed if the public does not put trust in the process of defeating this virus,” Savanur said.

Morris said another key concern is how the virus will spread during the winter months. Outside congregating becomes more difficult when it’s cold outside, sending people indoors, which could result in higher transmission.

Fluctuation is possible. From the week of Oct. 5 to the week of Oct. 12, K-State documented the slightest uptick in its positivity rate, but that’s not too alarming, Morris said, since it’s still below five percent.

“If it goes to more than that … we start getting into double digits, we’ll start looking at what else we need to be doing because that’s a concern,” Morris said.

In the meantime, Savanur is urging his fellow students to make the choices necessary to keep the community safe, no matter how frustrating or inconvenient they may be.

“This is going to be for the long haul,” he said. 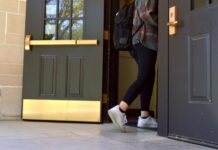 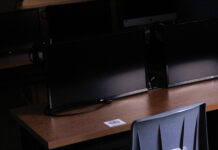