Editor’s note: An earlier version of this article misidentified “Hispanic Heritage Month” as “Spanish Heritage Month.” That error has been ameliorated. The Collegian regrets this error.

Natalia Rodriguez, junior in human resources management and Spanish, said she tries to keep the best intentions of those around her in mind. This mindset led her to join and lead multiple organizations during her time at Kansas State.

Rodriguez said it took minimal encouragement from a high school friend to get her to join Student Governing Association. Soon, she was running for a College of Business student senate seat. Rodriguez earned the seat.

Earning the head seat on the Diversity, Equity and Inclusion committee gave Rodriguez more opportunities to ensure her voice was heard by higher-ups in SGA. Her leadership positions have also connected her to the K-State community, she said.

“I’m more aware of things going on around me,” Rodriguez said. “I try to be more aware of my biases and privileges. These are things that I haven’t found myself doing before now, and I’m not only noticing these changes professionally, I am seeing myself change as a person.”

Maggie Billman, sophomore in secondary education, works with Rodriguez on the DEI committee, and she said she’s grateful for the qualities Rodriguez brings to the group.

“Natalia is very passionate, outspoken and well-informed,” Billman said. “Whenever she speaks on something, she makes sure she has all of the details so she can make an argument about the things she is most passionate about.”

Rodriguez has a positive impact both on the organizations she leads and those within them, Billman said.

“She inspires me,” Billman said. “One of my favorite characteristics Natalia has as a leader is that she is willing to throw her plans out the window when she sees the need of the group is something else. She is very versatile, thinks on the fly and is very in-tune to what other people are thinking and feeling.”

Rodriguez also serves as the president of the Hispanic American Leadership Organization at K-State. She said HALO is a safe space for her, as she is surrounded by others with similar backgrounds.

As president, Rodriguez plans and oversees the organization’s events. A lot of her work load comes during Hispanic Heritage Month from Sept. 15 to Oct. 15. During that period, HALO shares the Latinx heritage of its members with the university.

“Being the president has helped me professionally by teaching me how to delegate, manage agendas, hold meetings and communicate well,” Rodriguez said.

Another aspect of the job, Rodriguez said, is reaching out to new students of a similar background to let them know there is a supportive community for them on campus.

“I’m very proud to be the president of an organization that is such a tight-knit community and will always be there for each other,” Rodriguez said. “We are not only friends, but we are able to hold each other accountable and be supportive of whatever we do.”

Sofia Leal, junior in marketing and secretary of HALO, said Rodriguez’s ability to make connections with people makes her a great leader.

“She knows what she is doing in the sense that she knows a lot of people, she knows a bunch of resources that help her create the events that we run, making it very easy to work with her,” Leal said.

To Leal, Rodriguez feels more like a friend than a coworker.

“She does it all, and she knows that she has me and the rest of us as a support system with anything she needs help with, whether that be club-related or not,” Leal said. “I know her as a leader, but I also know her as a friend.”

Rodriguez echoed Leal’s statement that her work goes beyond the organizations she works for.

“I feel that I have grown more as a person in the sense that I can have more open and difficult conversations with people, and that has been an invaluable experience for me,” Rodriguez said. 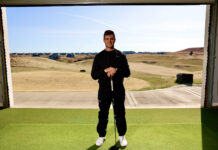 Letter to the Editor: Women in leadership