It’s been back and forth between Republican John E. Matta and Democrat Kathryn Grace Focke in the race for the District 3 County Commission seat.

On election night, Matta was ahead by just 10 votes, but on Wednesday Focke closed the gap, pulling ahead by one vote. As of Thursday’s unofficial count, Matta leads by two ballots. In all, 18 write-in votes were cast.

Matta called the state of the race a “coin toss” on election night. 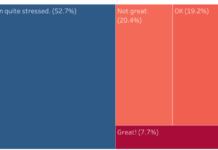