Before the decision was made, student senate unanimously approved the proposal with support from Provost Charles Taber, university registrar Kelley Brundage, and Karen Goos, vice provost for enrollment management.

Nathan Bothwell, speaker of the student senate and senior in political science and communication studies, said he is frustrated by the decision.

“This is now the second time in two years that faculty senate has rejected a proposal for some sort of well-being days,” Bothwell said.

As pandemic rages on, K-State grapples with millions of dollars in lost revenues

Laurel Littrell, faculty senate president-elect, said the vote was by no means unanimous and that some senators voted in favor of the proposal.

“The main problem that senators expressed was concern about students traveling over the weekends,” Littrell said. “A few senators were concerned about how it would impact class time — that taking a couple days out would make it harder to fit in a curriculum into reduced days, especially with classes that meet one day a week.”

Thirty-four members voted in favor of the proposal and 46 voted against.

“Student government does not make these requests lightly, they always think things through and really think about the pros and cons,” Littrell said. “So, when they make a proposal like this, we really need to take it seriously.”

A joint leadership meeting between members of the student senate, faculty senate and university support staff senate took place Thursday with one item on the agenda: a continued discussion about spring well-being days.

The meeting took a more collaborative approach with more questions answered in a small group format.

“There was not — I think — an immediate proposal made in that meeting,” Bothwell said. “We kind of revisited the discussion on Tuesday. Really where the meeting settled was that everyone feels like a joint proposal is needed.”

After the joint meeting, student senate plans to create another proposal and have this situation resolved by the end of the month.

‘If you pulled a ‘C’ in a class … that’s OK’: Burnout settling in for some students ahead of finals 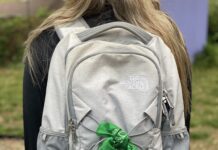