Deuce Vaughn — a short, talented running back from Rock Round, Texas — got the opportunity to compete in a Power-5 conference when Kansas State took a chance on him.

Head coach Chris Klieman was thrilled with his freshman running back when he first arrived at K-State for fall camp.

“Mentally, he was so sharp during our early time with him in terms of learning the playbook and spending the extra time,” Klieman said. “That part of it I was excited about because the game was going to slow down for him from a mental standpoint because he just gets the game, and he studies the game.”

Vaughn showed off his talent during the camp. It got the coaches excited about taking the chance on him.

“From a physical standpoint, we saw him on film like in high school and said that this type of player can be a difference maker for us,” Klieman said. “As you went through the first few weeks of fall camp, you saw him making really good players on defense that are making plays for us right now miss in the open field or not be able to cover him or just get outrun or juked. We were like great, combine his physical skills with his mental makeup as well as the kid has an unbelievable heart.”

Klieman saw it first, but Vaughn was exposed to the college football world on Nov. 12, in the Wildcats’ season opener. He had 12 carries for 47 yards and one touchdown.

In the next two games, Vaughn’s rushing and receiving yards combined for 200 yards. He was making highlight reels, and he earned himself All-Conference honors.

Defenses are now aware of Vaughn, and because of that, an extra effort is communicated to shut him down.

“There will be some dudes following me across the formation if I’m in a motion or things like that,” Vaughn said. “You get your name called out some plays whenever you may line up out wide, or you’re in the backfield you may get pointed at, you’ll get, ‘22, 22!’”

Vaughn is a team player. K-State took a chance on him, and he produced. Even with All-American attention, he is not telling the coaches to give him more touches. He has all his trust in the coaches.

With the attention defenses are now giving the 5-foot-5 running back, he hasn’t produced 200 yards each game, but his presence is still an impact.

“There’s not as much space to do the things that you want to do, but whenever you get out there and they start keying you, it opens things for the other people in your offense,” Vaughn said. “So, if I run the jet sweep and four guys follow and Will (Howard) has the 70-yard run, four guys came out there and he came up the middle and he’s out for 70. I’ll do that all day if we’re popping big gains and other dudes are getting big gains as well. So, I’ll do that all the time. I’ll be a decoy or do whatever I’ve got to do to get them out of there.”

Klieman and offensive coordinator Courtney Messingham are now forced to get creative with the playbook and make new things for Vaughn to keep defense guessing and get him 200 yards each game.

“We probably have to do a better job of finding more creative ways to get him the football. We had some things designed for him, and I thought Oklahoma State did a really good job of taking those things away,” Klieman said. “When that happens, we have to create some things on the run to say, ‘Hey, this is how they’re playing, so we have to move him to this spot.’ He’s capable, mentally, to do all of that stuff. We talked about it as a staff on Sunday. He had a number of carries, but we need to get him the ball in space a little bit more. It’s going to be a conscious effort for us to try to find different ways to get it to him in space and get him a mismatch.”

Vaughn is a special player. He has the potential to be a star for K-State. Klieman could not be more pleased with him, and is happy that its his squad Vaughn is displaying his speed for. 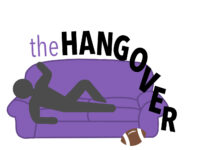