Manhattan couple John and Haddie Schmidt created The Foundry Truck, a home décor store on wheels. What was once an abandoned delivery truck became completely renovated into a fully operational store.

Other items sold at the store include a variety of throw blankets, vases, cards, wreaths and some pieces of merchandise.

Haddie received inspiration for the store through crafting DIY projects on her own, which she has done for as long as she can remember. The store is a realization of her life-long dream.

Her dream took its first real step forward when the couple bought the truck. It took six months of searching for the right van before they found a winner.

“We think the truck used to be a Wonder Bread truck,” John said. “It was pretty run down, it was in rough shape. Everything was gutted, none of the wiring worked and none of the mechanical stuff was even finished or ready to run.”

It took several months of hard work to turn the truck from trash into treasure, but it was finally ready to go in Oct. 2019. The Schmidt’s are particularly proud of converting it to being completely solar-powered, allowing them to avoid dealing with a clunky generator or gas power.

At the end of the workday, the contents of the truck are taken down and stored away.

“We come from a small town in rural northeast Oregon, so we’ve always kind of had it instilled in us the value of supporting local, supporting small businesses, because that’s where we come from and that’s important to us,” John said.

Leanne Njaaa, a Foundry regular who has been involved with the Schmidt’s since they started this mission, said she is consistently amazed at the ideas Haddie Schmidt has.

“Very rarely is there something that she puts in that shop that I don’t like,” Njaa said. “She’s very intuitive when it comes to home décor, but she also has her own style”

Presently, The Foundry is open to the public on Fridays and Saturdays, and available by appointment every other say.. There is also an online store on their website. 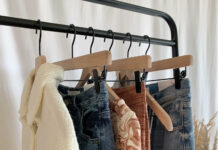 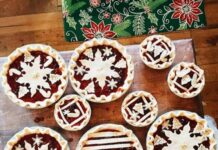 Small businesses support community, each other amid pandemic

The Fellow launches Student After Hours