Malcolm X was an African-American leader during the Civil Rights Movement and a supporter of Black nationalism. He was a vocal spokesperson and urged many Black Americans to stand up for their rights.

“My father came along and said ‘Look, we demand our basic human rights ordained by God,'” Shabazz said. “I will always be in absolute awe of him. I often take a step back and look at both my mother and father — these two human beings who made so many significant sacrifices.”

Shabazz talked about the influence of her mother and father in her life. Her mother — Dr. Betty Shabazz — overcame firebombings, constant surveillance and seeing the assassination of her husband.

“What my mother did is, she kept my father alive in our household, she made sure we knew who our daddy was, who her husband was and what his value system was,” Shabazz said. “She did it so that we would not think that our father left us, but that we would know that he loved us.”

Shabazz was only two years old when her father was assassinated.

“Malcolm X is oftentimes misunderstood or incorrectly represented,” Ellis-Glasper said. “Most students are typically taught about Dr. Martin Luther King being a peacemaker and Malcolm X being more radical, it’s almost like we are expected to choose between Malcolm and Martin.”

Shabazz spoke of the unique relationship between her father and Dr. King in response to Ellis-Glaspor’s statement.

“Malcolm and Martin were both men of significant values, both serving God and they were able to put their differences aside for the benefit of 22 million African-Americans who were oppressed in the worst way,” Shabazz said. “They had a special relationship and respect for one another because they both understood the specific work that was required of them.”

BSU President Cara Bruce spoke before the event about the opportunity to have Shabazz come to K-State virtually and impart her wisdom on students in Manhattan.

“She is incredibly wise and has written several books about her father, but also about the Black power struggle,” Bruce said.

Writing “The Awakening of Malcolm X” allowed Shabazz to focus on the humanity of the Black Americans she was writing about. She compares the writings in her books to the modern-day Black Lives Matter movement.

“It seems that our society is moving forward and bigotry and all its ugly hate is losing,” Shabazz said. “The lesson we should take from this is that cheaters lose, moral character wins — and so I take my hat off to the Black Lives Matter movement organizers.”

Shabazz believes the first step to moving past the clash between the oppressed and the oppressors is improving the education curriculum and learning more about Black history — which is American history, she said.

“It is so important that we understand our history, and know who we are and what we are capable of accomplishing,” Shabazz said. “It is inspirational and empowering to love ourselves, and once we know how to love ourselves we can begin to love others.” 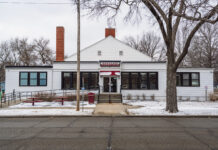 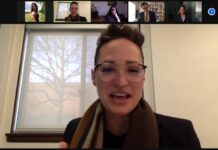