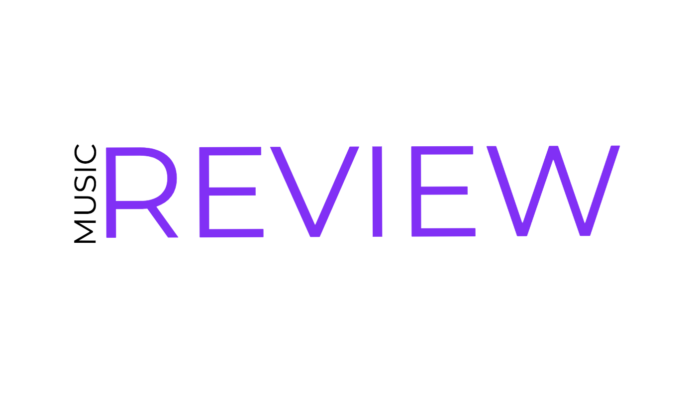 Relatability is key when it comes to modern music. When a lyric hits close to home, people connect with it. After the chaos of this past year, what’s more relatable than crying in a Target parking lot?

The opening “Oh No, Not Again!” is a love letter to the unknown. “IDK You Yet” dives deeply into love, relationships and human connection, even before we meet someone. Acoustic finger-picking and layered vocals create an intimate atmosphere as Glantz sings, “How can you miss someone you’ve never met? / Cause I need you now but I don’t know you yet.”

“Cry Over Boys,” the second song on the EP, is about learning to value your worth. In a January 2021 interview with Variance magazine, Glantz described the song as “a loop I think a lot of people are stuck in. Romanticizing romance at the cost of their own sustainable happiness.” With this largely-acoustic song, Glantz urges the subject to emphasize their personal well-being.

Track three trades the acoustic guitar for a piano-ballad opening, layering synths and percussion throughout the song. The aptly titled “Brainstorm” addresses the stormy inner thoughts of an anxious mind, saying, “You swear to God it’s rain / But saltwater is rolling down your neck / How bad’s the weather in your head?”

In a duet with singer/songwriter Jeremy Zucker titled “Nothing’s the Same,” the two contemplate how much life has changed as they’ve gotten older. Building like the anxieties of adulthood, they sing, “Nothing’s the same as it used to be / Even my friends can’t talk to me / Used to have fun, now we only get together.”

The song comes to a climactic moment of release before closing with Zucker quietly singing, “It gets hard to remember,” admitting he can’t remember what life was like before the responsibilities of adult life took over.

‘On The Spot Improv’ celebrates first live performance since COVID-19

The last of the previously-released songs on the EP, “Caught in the Middle,” is a song about the conflicting feelings following a breakup. It’s hard to grasp becoming a stranger to someone you were once so intimate with. Glantz hits a particular nerve when he sings, “Sometimes I think about your dog and wonder / If she thinks I passed away.” Ouch.

Starting the list of newer songs is one of the most relatable songs I’ve ever heard. The song “Come Here and Leave Me Alone” focuses on the battle between needing help from someone while simultaneously pushing them away. Glantz asks this person to “Come here and leave me alone / Love me but don’t get too close / Touch me from a mile away / Get out, oh baby won’t you stay?” As an introverted person, I constantly fight with my desire to socialize and the need to isolate myself from the world.

Taking inspiration from the childhood flower petal-picking game, “She Loves Me” has Glantz trying to figure out if his lover actually loves him or if he’s being used. This laid-back song has an unexpected swing to it, almost like a back-and-forth argument with himself. He wants a straight answer from her, asking her to “Make up your mind / Girl, am I yours, are you mine? / Or am I wasting my time?”

Apparently, the answer was no, because the next song “Good to See You Again” is a very sarcastic take on the phrase. After a tumultuous end to their relationship, neither party wants to see the other, but they have to exchange awkward pleasantries around friends. The whole interaction is hostile, with Glantz singing “Is it too much to try to make it through the night? / Without causing a scene or getting into a fight.”

“Track 9,” the cleverly titled ninth and final track on the EP, breaks the musical fourth wall. My personal favorite on the EP, “Track 9” is a piano ballad dedicated to someone Glantz used to share all of his thoughts and music with. However, he struggles to write any songs about them because “Once the pen’s to paper, then it’s really, really over / And I’d much rather pretend that maybe we’re still okay.” It’s a beautiful song about dealing with the loss of a relationship while still caring deeply for the person.

Alexander 23 crowns himself the king of sad bops with this EP, a collection of heartbreak, anxiety and self-doubt. Next time you go through a bad breakup or have an existential crisis, Alexander 23 is here to help.