Editor’s note: This story is an April Fool’s joke and not meant to be taken seriously.

Kansas State President Richard Myers announced he will use an inflatable bubble-ball to fight COVID-19 during a press conference on April 1, 2021.

Myers said he made the decision after watching the 2001 hit film “Bubble Boy” with his wife over the weekend.

“Man,” Myers said, “that Jake Gyllenhaal was really on to something. The movie got me thinking, ‘Why haven’t I been doing this since last March?’ Now a year has gone by and I feel as safe as ever.”

Unlike the movie, Myers’ ball is completely spherical, allowing him to run around inside of it. This isn’t the first time Myers mentioned entering a bubble-like device, however. In an interview with the Collegian in 2019, Myers claimed that he had given thought towards becoming a hamster.

“I often wonder how fun it would be to be a little hamster,” Myers said. “Can you imagine the joys of running around in a giant ball, then nibbling on a carrot afterwards for a snack.”

Myers then made nibbling noises, pretending he was a hamster.

The biggest concern Myers said he has is how capable he will be at picking up eggs on Easter. Myers said it will be hard to reach for the eggs without arms, but his strategy might change because of his new armor.

“I was sad at first when I realized I wouldn’t be able to pick the Easter eggs up, considering the hunt is my favorite holiday tradition,” Myers said. “After some thought, however, I figured out that I could just run over the other contestants with my ball. If I can’t have the eggs, no one can.”

The other contestants Myers mentioned are second graders from Manhattan’s Woodrow Wilson Elementary School. Margaret Adams, mother of Wendell Adams, who attends Woodrow Wilson, is “quite upset” by Myers’ statement.

“My son is only seven,” Adams said, “and [Myers] is, like, five times my son’s size. Why is he talking about running over second graders? He’s going to send these kids to the hospital.”

One sorority decided to use Myers’ bubble decision to their advantage. Maycie Sanders, special events coordinator for Alpha Delta Pi sorority, said Myers agreed to allow students to pay to hit him while inside his bubble. With a donation of five dollars, students are given a ball of their own to run into him with.

“President Myers was generous enough to collaborate with us on the event,” Sanders said. “We’ve already seen 400 people purchase tickets for the event in six hours, some people buying more than one ticket. The Ronald McDonald House, our philanthropy, will be more than happy with everyone’s contribution.”

The event will take place at 2 p.m. Saturday, April 10, at Memorial Stadium, but is expected to run into the next morning given the number of tickets already purchased.

Myers said he might never leave his bubble, even after COVID-19 has dissipated enough for life to return to normal.

“I highly recommend everyone taking the safety measures that I am,” Myers said. “You won’t get dirty if you roll in mud, you stay afloat in water and you don’t have to shake hands with students. Oh, and it protects you from the virus, I think.” 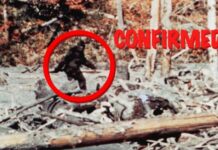