Mythical dragons, playful pigs, elegant swans and prairie bison are only a few of the unique animal pairs on display in the Beach Museum of Art’s virtual exhibit Two by Two: Animal Pairs. Consisting of 24 unique animal pairings, the exhibit appeals to adults and children alike.

The museum and Manhattan Public Library have collaborated for the last 11 years in creating a show for the summer reading program. This year’s theme is Tales to Tails.

Creating the yearly exhibition allows Schlageck to work with many of the museum’s lesser-seen pieces and create a catchy title to attract attention.

Two by Two: Animal Pairs provides just that and gives viewers an opportunity for comparison.

Lilla Wanklyn, 7, said she liked the exhibit and her favorite animal pairs included the horses, the goats, the cats, the bunnies and the sheep. However, she said she was confused at first by the goat pair.

“It’s like a circle-shaped one, and at first, I was like, ‘Why is there is just a weird eye in the middle of the picture?’” Lilla said. “Then my family pointed out that it was a goat head, and then mom was pointing out the shape, with the direction it was. And I was like, ‘That makes no sense,’ but then when I tilted my head to one side, and then I was like, ‘Oooh, that’s why.’”

“I had the same experience that Lilla had looking at it. I thought it was an eye, and then we zoomed in on it, and I said, ‘Oh, it’s a goat,’ and there I thought, ‘Oh, that’s clever,’” Kevin said.

“Once you see the goat, you can’t figure out how you didn’t see the goat there in the first place,” Jonah Wanklyn, Lilla’s 9-year-old brother said.

Melissa Glaser Wanklyn, English instructor, said when people compare and contrast the art pieces, they notice more about the works of art.

The pairings also provide the viewer with more in-depth knowledge about each artwork.

Tony Crawford, president of the Friends of the Marianna Kistler Beach Museum of Art, was once a curator of manuscripts in the Morse Department of Special Collections of Hale Library. He said the exhibit is a learning opportunity for all who view it.

'There is resilience within this work’: Panel discusses importance of 2021 common book 'The Marrow Thieves'

“Probably, a lot of people think of art as just a pretty picture on a wall, but of course, art is more than that — it’s the story behind the artist, the culture he or she represents, the scenes, or whatever that’s in the painting,” Crawford said.

It’s more than just a person or an animal, Crawford said.

“There’s a story behind those animals, whether they were just like pigs on a farm or a turtle, that may represent something entirely different to Native Americans,” Crawford said. “So, there’s a lot to be learned from this exhibit.”

Luke Dempsey, exhibition designer and museum technology lead, is the mastermind behind the virtual exhibit’s design. Dempsey said he used Schlageck’s concept of animal pairings by different artists to show them side-by-side so viewers could make their own comparisons. As a result of this placement, the virtual exhibit’s design helps direct the viewer’s focus when comparing the two pieces.

“What I did was, I made these icons that have on one side the animal by one artist and the same animal by a different artist,” Dempsey said. “That kind of gives you an easy way to navigate through the show, just getting a glimpse of each of those pairs. When you click on them, you get the full piece and you get the information.”

Dempsey is also partly responsible for designing the upcoming Two by Two in-person exhibit that will be on display in the museum’s Vanier gallery.

Interested viewers can attend the scaled-down version of the virtual exhibition during one of four sessions offered on Thursday, July 15. 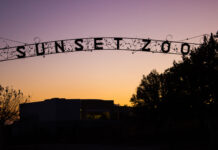