Home Community Opinion In My Own Words: Surviving attempts at character assassination

Greek philosopher Heraclitus once said, “Good character is not formed in a week or a month. It is created little by little, day by day. Protracted and patient effort is needed to develop good character.”

When I first came to Kansas State, I knew nobody. I knew that I had to build relationships in this new country and create my image and reputation.

I worked hard and long for it — I went out, spoke to people, participated in various activities and worked hard to build myself a positive reputation and character.

However, I soon realized that when you try to be an outgoing and friendly person, people tend to grow envious of your personality, which can lead to burning bridges.

During my time at K-State, I built numerous great relationships with many Wildcats, including administrators, alumni, faculty, staff and even members of the Manhattan community.

I also witnessed a growing number of assassination attempts of character throughout my college journey, and I faced things that I wish and pray no other students anywhere have to face, including neo-Nazis.

While I expected backlash on my views on diversity, equity, inclusion and belonging — as I am extremely vocal and open about them — I was not prepared for these social media trolls attacking me, creating fake accounts under my name, hijacking zoom sessions to deface me and overall using their popularity to threaten my reputation.

I had no idea what to do. The threats I received were new to me and resulted in plenty of mental health issues.

These people were using my name and identity to spread hatred and tried their best to murder my character. The joke’s on them — because people know who I am and what I stand for.

The second character assissination attempt came from members of the K-State administration.

When I was in a meeting about the student code of conduct just a few days later, one person from the administration very subtly went on to lambast my piece in front of everyone present.

They talked about how offended they were to read articles in the Collegian being critical of how the administration functioned. All of the members in that meeting knew what article they were talking about and who wrote it.

I felt embarrassed to be there.

All I did was use my First Amendment right — the same right that the aforementioned neo-Nazi trolls use to berate people — to be critical of certain administrative processes. Rather than meeting with me to discuss further, this member of the administration thought it would be a good idea to insult me in front of everyone.

The third attempt was from fellow Wildcats I have never met.

I recently ran for K-State Student Body President and found out halfway into the campaign season that I was being slandered on social media.

Running a political campaign is difficult, even as a student, and I knew I would face challenges and backlashes.

As it happens, the president of an independent student organization within the panhellenic council made a Snapchat video berating me and asking their followers not to vote for me because I am allegedly “anti-Greek life.”

While I acknowledge that I have been critical of some aspects of Greek life at K-State, I never said they should not exist. Greek life is one of the most important parts of college campuses and they work hard to make the university better.

It seems this person, who I have never met during my time at K-State, was unnecessarily impacted by my critique and therefore thought it was a good idea to slander me publicly.

These incidents have been my closest encounters with attempts at character assassination.

I cannot stress this enough, but I truly hope no one else has to undergo what I went through. Such attempts badly affect a person’s mental health and cause them immense pain.

To the individuals who made these attempts against me, I truly hoped you would have reached out to me to meet up and talk our differences out. In such circumstances, I would have accepted whatever you thought of my personality wholeheartedly.

However, going behind somebody’s back and trying to damage their reputation is incorrect.

Nevertheless, I want all wildcats and everyone reading this article to know that if you are a dynamic, successful individual, a born leader, highly charismatic, popular, attractive — or all of these things — then at some point, you are guaranteed to be the target of character assassination. This could be because these people are jealous, envious, angry at you or they are just devious in nature.

If you ever find yourself in such a situation, remember first to breathe, ignore such people and focus on your life’s positives. Reach out to your friends and family who are always there to support you, because they know who you truly are!

Continue doing what you do and ignore these negativities in your life. The people doing negative things do not deserve an inch of space in your mind.

Vedant Deepak Kulkarni is a Collegian contributor and a senior in management information systems and mass communications. The views and opinions expressed in this column are those of the author and do not necessarily reflect the official policy or position of the Collegian. Please send comments to opinion@kstatecollegian.com. 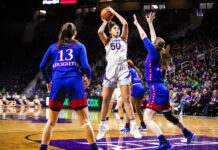 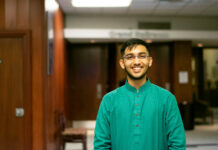