Breezing down the hallway with a smile on her face and a “good morning” to everyone she encounters is how most co-workers have recognized Manhattan’s new finance director for years.

Rina Neal, who is only 40 years old, began working for the city of Manhattan following her graduation from Kansas State in 2002. She began as a senior accountant and, over the years, took other positions within the organization, eventually emerging as the city’s new finance director — a position she said she is excited to tackle.

Undaunted by the previous director’s success, Neal said she is determined to create her own legacy and to create an environment of teamwork and inclusion.

She said she constantly looks for opportunities to change for the better, especially when providing services to internal and external entities.

“We try to serve as a one-stop-shop in our customer service department,” Neal said.

However, doing so was challenging at the start of the pandemic, so Neal and her team worked on updating several projects involving automated procedures, such as payroll, remote positions and employee tracking. Those changes, Neal said, made it easier for the organization to function during the pandemic.

One challenge she faces is staffing. She said the department is understaffed because of COVID-19 and a lack of competitive pay. But she works closely with Tammy Galvan, director of human resources and risk management, to resolve the situation.

“In 2020, [Neal] was doing four different people’s jobs when I joined the department,” Galvan said. “She was completely buried, and it felt good to help her dig out and add extra staff, and give her the room to breathe, and then, you know, the opportunity to become our next director.”

As she’s starting to fill staffing needs, Neal is looking to institute more changes and says the city’s strategic plan will guide those changes.

“We have to balance the needs of the community and internally, as well as our elected officials, to prioritize what is needed to move the city and organization forward for the next five to seven years,” Neal said. “I know that it’s a challenge, but I’m also excited about that because it will give us some focus and direction.”

Deputy City Manager Jason Hilgers said he is impressed by her breadth and depth of financial-technical knowledge.

“I just have such an appreciation for the depth of knowledge that she has and her ability to manage all that information in her brain,” Hilgers said. “It is just impressive to me what she has accumulated and brought professionally to this organization from a technical standpoint.”

Hilgers said Neal is an asset to the community and the organization and hopes she serves the rest of her career with the city.

Suzy Mullin, customer service supervisor for the department, agrees Neal is an asset and sees her as a good director because of her knowledge and personality.

“I feel like she’s going to be a really well-rounded director,” Mullin said. “She’s got all that knowledge and background; she’s had her hands in pretty much anything we do in the finance department, but she’s still, like, approachable and easy to talk to.”

Neal’s approachability extends outside of her office, Galvan said. She is involved in various organizations and says she is a “servant leader” — a quality instilled by her grandparents who helped raise her and who are big advocates of education.

Neal shares her grandparent’s advocacy for education. In 2017, Neal ran for the Geary County USD 475 school board. She now serves as a board member and credits her job as part of her success.

“Working here has given me so much of a foundation to be able to serve in that capacity,” Neal said. “I am a servant leader at heart. I know that other people see that as well … I want to do what’s best for any organization that I work with, whether it’s our school district in Geary County or the city of Manhattan.”

A lifelong resident of Junction City, Neal still resides there since board members must live in the county they serve; however, she is enthusiastic about Manhattan and all it offers.

She said the mall was her favorite place before the pandemic because she loves shoes, but other locations around town are also dear to her, especially Frank Annenberg Park because it helps her build a bridge between her two neighboring communities.

“Our quality of life, the recreational aspect also is something I like to help share with the leaders in Junction City also when we’re talking about things,” Neal said. “We’d have joint city/county school district meetings, so we’d talk a lot about quality of life and what the families are wanting. So having that ‘something’ to compare to and understanding how it’s financed, I’m able to share with the leaders in Junction City as well, and hopefully, we’re able to build our community and build those environments as well.”

While moving to Manhattan isn’t possible at this time, her family spends a lot of time in Manhattan because they like the quality of life, and her two children play sports at Annenberg Park. Neal attends their games when her schedule allows.

Between her kid’s activities, work commitments and service to her church and other organizations, Neal keeps busy. But she says it’s who she is, and she enjoys it. 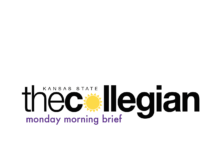 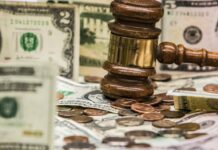