Carr announced at 2 p.m. Tuesday afternoon she has entered her name in the NCAA transfer portal and is leaving the program. The Manhattan averaged 15.2 points per game as the team’s second-leading scorer this past season.

“Playing for my dad has always been something I hold close to my heart and I am beyond thankful that Kansas State has given me the opportunity to do just that,” Carr said in her statement. “I’m beyond blessed to be in the position that I am in and with that being said, after much thought and prayer, I have decided to enter the transfer portal.”

She also thanked teammates and coaches in her statement.

Carr started in all 24 games she appeared in this season and led the team with 32.2 minutes played per game. She shot 38 percent from the field and a team-best 35 percent from beyond the three-point line.

Her scoring total from the past season ranked her No. 15 in the Big 12 Conference. Her 2.95 turnovers per game (71 total) led the team.

No official statement from the team has been made on Carr’s departure at this time. 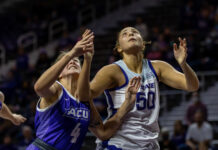 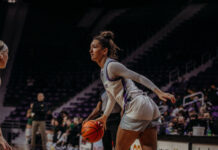