Soon, Kansas State students will begin to see the fruits of the Truth, Racial Healing and Transformation Framework Committee’s labor. Healing circles and a Cats For Change podcast will be available for students sometime in May.

The TRHT committee focuses on co-curricular equity initiatives — things that happen outside the classroom — to make the experiences more equitable.

One trend in the United States is the creation of truth, racial health and transformation campus centers.

“That’s where we’re kind of jumping in to say, ‘OK, let’s look at how we can utilize a similar approach and a model for what’s already being done nationwide at some colleges and universities and how might we do that here at K-State and in our local community,'” Rodriguez said.

Additionally, Rodriguez said a DREAM Zone — a space for DACA students to receive assistance — will be in that space. Both are “likely” to be in place this May.

Rodriguez said a majority of the changes will be available in the fall.

In addition to the changes visible to students, the Office of Student Life has made some internal changes.

The committee has three subgroups — a model subgroup which includes the DREAM Zone and healing circles, an equity subgroup and an institutional barriers and biases subgroup.

“One of the things that we are in the process of planning right now is a special training session for Student Life department supervisors that will take place in July,” Keller said.

Other departments made specific plans to meet goals related to their areas of concern.

“For example, my department — the Career Center — wanted to be sure that we had a place on our website where students could go and report any concerns about employers to us,” Keller said.

The institutional barriers and biases subgroup focuses on identifying and removing co-curricular barriers around campus. Ronaldo Lopez, senior in mechanical engineering, said the group distributed a survey in early April and will begin analyzing results as they are returned.

The survey focused on:

“We know some of the data that we’ve received before, but we really want to know how are things going right now,” Lopez said.

Lopez, one of two students on the committee, said he tries to chime in with a student’s perspective when he can. He also serves as the Student Governing Association Multicultural Affairs director.

“A lot of us students are spread thin in a way,” Lopez said. “We’re in a bunch of different committees which is fine, but the thing is, it makes it hard on us because we’re still students and we’re trying to help and make campus better, but it’s hard sometimes because being on different committees and stuff takes up a lot of our time.”

He said, however, being on the committee is rewarding and he has grown close to the faculty he works with.

“We’re students but meeting with faculty and staff really helps us solve the issues that K-State has,” he said.

Lopez said faculty felt the pressure students put on them this summer and have worked to make changes.

Rodriguez said these changes will likely be ongoing for years to come.

“We’re going to be doing programming each year, we’ll have the space on campus to have continued dialogue but then also create some longitudinal change,” Rodriguez said. “So it’s really an entire framework in which we can be focused on truth, racial healing and transformation at Kansas State University.”

The committee is part of the Action Plan for a More Inclusive K-State. Progress can be seen on the action plan dashboard. 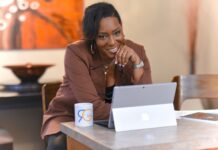