“This is incredible,” Dreiling said. “I honestly didn’t know what to expect coming into this, but it has just been so much fun… with all of these ladies, I’m just so happy.”

Dreiling said with her new title, she would love to represent as much as she can.

“Being a woman in mechanical engineering, I really want to try and inspire the next generation as best as I can,” Dreiling said. “When I was growing up, I came to events at K-State that were geared toward elementary and middle school, and it just got me really inspired to see that there are strong women that are in these careers. Now I’m here and I can do the same thing for others.”

Other awards from the event included:

Owen Fay, vice president of Delta Upsilon’s philanthropy and junior in business administration, said the event serves as a philanthropy service itself.

“We actually send our members over to Jamacia to build these schools for kids. It’s really actually a unique experience for a lot of members, they take a lot away from it,” Fay said. “That one-on-one interaction you get with the service you’re doing is something you still find, especially when you’re able to go overseas and kind of understand different cultures and different backgrounds.”

Fay said hosting such an event is surreal.

“To think that no other Greek organization on campus puts an event on like this, that brings together the entire campus community is a lot of pressure for sure, but the reward is definitely worth it,” Fay said.

According to Fay, Miss K-State represents all the women of K-State with inclusiveness and is a role model for the Manhattan community. Fay said he was really proud of all of the contestants at this year’s event.

“Since we didn’t have the event last year, it was kind of tough to get people maybe to understand what the real mission of the Miss K-State competition is, and being able to kind of see the well-roundedness of all the contestants,” Fay said. “I think all these organizations did a great job at nominating their contestant. I think they really showed just how well-rounded the women here on campus are.”

Miss K-State 2013 Kaitlyn Dewell had the opportunity to judge this year’s competition. Dewell said this is the first Miss K-State she’s attended since 2014.

“So much has changed in the best ways,” Dewell said. “The men of Delta Epsilon have absolutely grown and learned from every year that it’s happened. There’s always something new.”

While Dewell isn’t able to watch the Miss K-State competition every year, she still keeps tabs on it. She said it’s fantastic to see how it has changed in the past eight years.

“I think that there has been an exceptional amount of planning that’s gone into the event, it’s very evident that it’s progressed since the very first one,” Dewell said. “I’m so proud of the contestants for all of the ingenuity and creativity that they were able to put into every single thing that they brought to the stage.”

“I love knowing that every year as the platform seems to expand, it seems like every year Miss K-State has a few more duties… where she’s able to kind of get in touch with the public and share the message about K-State and interact with people, and also give Delta Epsilon philanthropy a little bit of extra awareness,” Dewell said.

Dreiling plans to fulfill an internship at HollyFrontier in El Dorado over the summer and will finish her K-State career in May 2022.

“I don’t really have a specific place I want to go [after graduating], so we’ll see where the wind blows me,” Dreiling said. 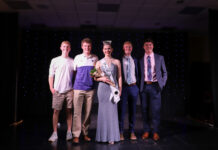 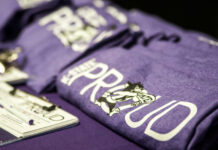