The night kicks off at 7:30 p.m. with sounds from DJ Krys. Then, Ben Chaverin, senior in the honors program and American Idol contestant, will open the performances. The Black Creatures, a dark-pop hip-hop duo from Kansas City, is another featured act.

All of this leads up to a performance by headliner Spencer Sutherland. Apart from his nearly half-million TikTok followers, Sutherland has released hit pop songs like “Too Many Friends” and “Indigo,” and recently opened for the Jonas Brothers at Summerfest Music Festival in Milwaukee, Wisconsin.

This past week, Sutherland made his acting debut in Netflix’s “Afterlife of the Party,” also starring Victoria Justice, with the film quickly reaching number one in the United States. In an interview with Sutherland this past Friday, he dives into all these topics and more.

The full interview is available on the Collegian SoundCloud account. Here are a few highlights from the interview.

Landon Reinhardt, Collegian Staff Writer: To start, who are you and what do you do?

Spencer Sutherland: Well, I’m a politician for one … just kidding. I have a problem with saying jokes that are on my mind. I am a singer/songwriter from Columbus, Ohio, but I’ve been living in Los Angeles for about six years. Along the journey, I’ve added “actor” to the profile. I really do everything entertainment, but mainly singer/songwriter.

“Afterlife of the Party” just came out on Netflix. How did you get that opportunity?

…it’s just mind-blowing. I’ve always wanted to act since I was a kid … music takes up so much time that it’s hard to go to acting class because I’m in the studio every day. So I got this audition that’s a singer and has lines in this movie, and I was like, “this is a perfect bridge.”

It’s so funny because when I booked this movie, honestly like, we’re sort of in that age range to where all my friends were like, “Dog, oh my God.” We all watched her on Nickelodeon. So I was really excited to work with someone who I think is really talented, and we hit it off instantly, became friends instantly.

When was your first interaction with being somewhat famous?

I don’t know if I would call myself that, but I think like, [the] first time someone asked for a photo with me, I thought they were asking me to take a photo. And then I remember how surreal I felt. It was in the grocery store. Just like, “Really? Me?” Wild. And you know, every time it even happens now it’s just like, really cool.”

How much of your success has come from the ability to posts on apps like TikTok regularly?

I tried to do the trends early on … and it wasn’t really connecting with people and then it was the moment that I stopped quite literally giving a s–t and just … covered an obscure 90’s song that I liked. I woke up and had, like, 1.9 million views and I was like, “What the hell is happening?”

How did you land the gig with the Jonas Brothers?

Long story short, he knew someone who knew someone and it got in front of the Jonas Brothers and they were like, “This is fire. Let’s have him on.” Now this will probably be the biggest show I’ve ever played.

What do expect to get out of the event in Manhattan?

I’m very excited for it. I’ve always had such a great time at college shows. It’s a fun audience, there’s no parents, we’re our own people now. College kids have so much fun. With shows finally coming back, people had a whole year back at home, I’m just trying to spread good vibes and energy and just have fun … you’re never too cool to jump around and have a good time. 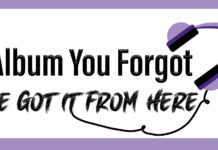 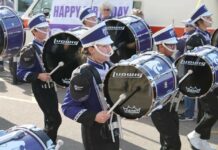