The Kansas Broadcast Association will induct Steven Smethers, director of the A.Q. Miller School of Journalism and Mass Communications at Kansas State, into the Kansas Broadcasters Hall of Fame on Oct. 3, 2021, after a long career in broadcasting.

“To get the award means a lot,” Smethers said. “It means a lot because it is literally my entire life they have chosen to honor.”

It is a life’s work that began with a letter.

“In the late 1960s, the custom was that small-town radio stations were trying to appeal to as many different types of listeners as possible,” Smethers said.

That custom meant stations played specific blocks of different music genres throughout the day. For 16-year-old Smethers’ local station – KALN in Iola, Kansas – that meant country music in the morning and rock ‘n’ roll in the afternoon.

However, after the station played country music for three consecutive afternoons, Smethers said he got upset and took matters into his own hands.

“I sat down and wrote a complaint letter to the radio station – it was very nice and very nicely worded – questioning why they made this programming decision,” Smethers said.

The station’s manager, impressed with the letter, wrote Smethers back — an act Smethers said forever changed his life.

After the tour, the manager asked to record Smethers reading two commercials and a five-minute newscast script from the Associated Press.

“He said, ‘I want you to read these just as you think it ought to be read,'” Smethers said. “So, I read it. He came in and listened to the tape and said, ‘You know something? You read remarkably well. You write remarkably well. As soon as your voice deepens a little bit, we could use you around here.'”

Before his visit, Smethers said he had never thought about going into broadcasting. He said the station manager’s comments opened up a new line of thinking about what he wanted to do when he grew up.

“Then later on, during the summer of that year — this would have been the summer between my sophomore and junior year — somebody left the radio station,” Smethers said. “He needed at least a good part-time announcer. He also needed somebody to write commercials for them. So, he called me up and said, ‘Would you like to do this?’ I said, ‘When do you want me to start?’ And that’s how I got into broadcasting, and it all came about because I knew how to write a letter.”

After high school, Smethers went on to earn a bachelor’s in journalism from K-State in 1976. Following graduation, he worked in broadcasting as the operations manager at a radio station in Grand Island, Nebraska. However, Smethers said his goal was to own a small-town radio station. A friend gave him a proposition that Smethers said changed his career path.

“He called me and said, ‘You know something? The radio station in Norton is for sale … for a bargain, and I think we should go buy that thing,'” Smethers said.

After traveling to Norton, Kansas, to survey the community, Smethers said he realized the undertaking would be a challenge but a lot of fun. So, in 1978, the two men bought the station.

“All of my friends said I was crazy,” Smethers said. “How are you going to keep from going nuts in a community that size?’ It is tough when you’re 26 years old. You’re working all the time, but we did it. We made the station successful and sold it in 1983.”

After selling the station, Smethers returned to K-State, earned a master’s degree and began teaching classes.

“Paul [Prince] was the guy who gave me my very first teaching job,” Smethers said. “He gave me full classes to teach as a graduate student and did that ever change my life. It really did because I fell in love with teaching. It was just so much fun. I really enjoyed working with students.”

Smethers earned his doctoral degree from the University of Missouri in 1991 and eventually came back to K-State, joining the journalism faculty in 2002 as a professor. In 2019, he became the director of the A.Q. Miller School.

“Something that I hear from students … is that they switched to our major after taking his class,” Cozma said. “So, he gets to impact students early in their careers.”

“He was the perfect door to get you into the journalism school,” Kurtz said. “Just a really friendly face and somebody that was really passionate about what he was doing. … I had plenty of professors, obviously, when I was at the journalism school at K-State. A lot of them have come and gone, and … the one constant was always Dr. Smethers.”

Smethers teaches the A.Q. Miller School’s introductory course, Mass Communication in Society, which brings many students outside of the major into his classroom.

His commitment to students, K-State and the community also earned him an additional award.

He will receive this year’s Distinguished Service Award from the Kansas Broadcasters Association for his outstanding community service. He said the award comes from simply doing what the media should do.

“I’ve always felt … that in the classroom we are providing service to the broadcasters of this state,” Smethers said. “We’ve been training people and putting them in Kansas radio and television stations for a long time. Now, of course, it goes further here; we put people in advertising agencies, and public relations firms, and newspapers, and magazines, and so many walks of life here. … That’s what good media is: that we, first of all, have to serve the communities where we’re located.”

Smethers is set to retire from K-State in 2022, at the end of June. He said retirement comes with mixed emotions.

“I’ve been behind a microphone and in the public eye since I was 16 years old, and not only do I not know how to do anything else — because I consider this also working in the broadcasting business, right? … This is all I’ve known in my entire professional life,” Smethers said. “So, to not be in this public glasshouse, to have this public persona, is going to be a real adjustment for me because I enjoy that. I enjoy the work that I do. And it’s going to be kind of an interesting thing.” 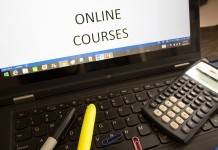 Student and faculty views on online classes and homework

Student and faculty views on online classes and homework