The 2021 Clery Report revealed a three-year downward trend in alcohol-related referrals but an uptick in drug referrals.

The Clery Act is an annual report containing statistics on crime data, fire incidents, security policies and information about threats. The full report is on the Kansas State website.

Ryan Van Dusen, compliance and conflict resolution manager for the Office of Risk and Compliance, said this trend is not specific to K-State.

“During the past ten years, I’ve seen this trend in other places,” Van Dusen said. “I’ve seen a national shift in what students are engaging in. I think with the decriminalization of marijuana that it is seen as more accessible. With so many health disadvantages with alcohol, I think people are seeing marijuana in a different way than they used to.”

Lieutenant Andrew Moeller, support service lieutenant for KSUPD, said he thinks that COVID-19 has played a role in the data shifts.

Even with the decrease in numbers on campus, Moeller did admit to campus police seeing a trend as well, citing legal drugs in other states as a contributor for the numbers at K-State.

“We have noticed liquor law violations have gone down,” Moeller said. “I think with different attitudes and different laws with drugs in neighboring states, I think that that’s had some bleed over into our state, which has led to higher numbers.”

Nick Lander, associate director of Housing and Dining Services, said he has also seen the trend in the dorms.

“The trend has been of college people 18-20 … that the use of marijuana is on the rise, and that’s reflected in our numbers as well,” Lander said.

For the alcohol trend downfall, Van Dusen thinks media sharing the problems with it has helped show the dangers.

“This has been going on for a while,” Van Dusen said. “I think with drinking and driving, there’s so much education about that, it makes people think about things more.”

Van Dusen said he also thinks the media has helped make drugs more acceptable, saying marijuana is not as big of a no-no as it used to be.

“It’s not seen like a ‘drug’ in comparison to like, cocaine,” Van Dusen said. “I think pop culture has a lot to do with that, in movies and TV.”

Lander said his biggest concern is less about stopping the drug and alcohol usage but about helping those who use it.

“My perspective is that if there are students using drugs or alcohol, for some cases — not all — then that’s an indication that that student is struggling in some capacity,” Lander said. “For example, a student might use marijuana to deal with stress. So for me, my bigger concern is how do we support those students to find legal ways to deal with that stress through resources on campus.”

Students needing help with drug or alcohol use can reach out to Lafene Counseling and Psychological Services to schedule an appointment. 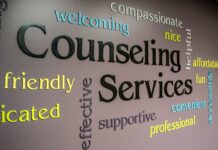