With summer weather in the past and the chilly air taking center stage, the Kansas State campus is in the midst of a seasonal transition — with some individuals experiencing seasonal depression.

Rousselo, senior in human resource management and graduate student in data analytics, has lived with seasonal depression — a mental health condition often triggered by the change from warm to cold seasons — for about 11 years.

“Growing up in Kansas, it’s made it a lot more difficult to feel like I can truly be myself around everyone all the time,” Rousselo said.

Rousselo’s experience with seasonal depression occurs whenever weather fluctuates by roughly 20 degrees within 48 hours and is more severe during the fall and winter months.

“The chemical imbalance in my brain doesn’t allow me to see the world in the light that I normally do,” Rousselo said. “Because we live in Kansas and the weather changes so frequently like that, it has made it a little bit difficult, just kind of doing like, day-to-day activities where I just don’t feel the motivation to … take a shower, or eat.”

As an undergraduate and graduate student, Rousselo said she has had to navigate the emotional and mental effects of seasonal depression alongside being a proficient student. While there are many suggestions available to cope with depression, not all of them work well for Rousselo.

“I’ve tried so many different things,” Rousselo said. “The best thing that works for me is just being honest with my friends with like, ‘Hey, I’m not having a good day. Just keep an eye out for me if I’m not acting the same, like don’t look at me differently, just kind of roll with it … and hopefully, I can kind of get into a better swing with it.'”

For the first six years of her experience with seasonal depression, Rousselo said she struggled to share her story with other people, believing her diagnosis was a burden to others.

“I realized that that’s just my brain lying to itself and telling itself that it’s not, like, good enough for someone to appreciate me as a human being,” Rousselo said.

Within the past year and a half, Rousselo said she has become more open about her seasonal depression with her friends and community.

“Sometimes … having one other person know that, like, ‘Hey, I don’t feel myself today,’ looking out for you … people love you and appreciate you so much more because you’re being honest … and you’re being real with them,” Rousselo said.

Leaton graduated from K-State in December 2020 with a bachelor’s in human development and family sciences and minors in conflict analysis and trauma studies as well as leadership studies.

“I’ve seen a lot of people go through [seasonal depression],” Leaton said. “The rain and the cold and the dark and the lack of sunlight can kind of impact people a lot more than people realize, and makes them a little more down than they would be during the more sunny months.”

Leaton said she has also observed the fall and winter holiday season being a trigger for symptoms of seasonal depression.

“Christmas and Thanksgiving and all of these big holidays can be hard for families or people who are away from their support system,” Leaton said. “There’s so much that can happen around the holidays that just make it even worse and make it a little bit harder.”

Leaton urges individuals who do not personally experience depression to be mindful of others’ experiences and reach out and offer support when possible.

“These months are hard, and it’s just finding a way to connect with someone, and I think it’s also realizing that for other people, too, is that whenever you’re down in the dumps and you’re down with your depression, that it’s incredibly difficult to reach out to people,” Leaton said. “So, I would say just focus on reaching out to your friends even if they don’t seem like they need it — you never know who needs it.”

“I just want people to understand that every single person’s needs, and how they are going to be whenever they are down and when they’re depressed, looks completely different,” Leaton said. “So what looks like depression for some people might not look like depression for other people. So, just keep an eye out for it. You’re not a burden, and just reach out to your people. I promise you’re not a burden, and they would not think you’re a burden. … Don’t compare your needs to others, and prioritize yourself.” 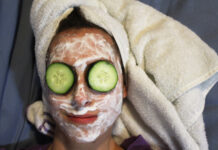