On Nov. 4, the Occupational Health and Safety Administration issued the Emergency Temporary Standard. The ETS requires employers with 100 or more employees to ensure their employees are fully vaccinated for COVID-19, according to OSHA’s website. If employees choose not to be vaccinated, they must wear masks and provide weekly negative COVID-19 tests.

However, The National Law Review reported that the Fifth Circuit Court of Appeals issued a stay order on Nov. 6, halting the mandate for the time being.

While President Joe Biden’s executive order issued in September affects Kansas State employees, some independent entities affiliated with K-State did not feel the effect because they are separate from the university.

Two of those entities are the K-State Student Union and the KSU Foundation.

Cindy Diederich, assistant director of human resources and business management at the Union, explained the dynamics of the Union’s relationship with the university.

“The Student Union operates as a local agency under the Division of Student Life, but it is legally its own agency,” Diederich said. “We have our own Board of Governors — we have a separate tax number. Granted, we follow most of the university’s guidelines, but we are independent of the university.”

Diederich said that the ETS will affect the Union’s 116 employees if the stay order is lifted.

“When the ETS comes back, assuming there aren’t any changes, all 116 Union employees will have to have their second dose by Dec. 21 to be considered fully vaccinated by Jan. 4,” Diederich said. “If not, employees will need to provide weekly negative tests to our HR Department.”

Jill Trego, vice president of culture and engagement at the KSU Foundation, said the ETS applies to the Foundation because it is a private employer with 164 employees and student-employees. She said the Foundation is preparing to comply with the ETS should the stay order be lifted.

“We want to be ready to comply if that’s what’s expected of us,” Trego said. “So right now, there are administrative things in the background that will set us up for compliance, but because the ETS doesn’t take effect until Jan. 4, we won’t be enacting any vaccination requirements prior to Jan. 4, if that date does, in fact, become the compliance date.”

Trego also said the ETS puts those at the Foundation in a predicament.

While K-State entities wait to see what will happen with the stay order, the ETS faces scrutiny from government officials in Kansas. In a statement released Nov. 5, Governor Laura Kelly wrote she disagreed with the ETS.

Her statement cited federal mandates do not consider the nuances found in Kansas.

“States have been leading the fight against COVID-19 from the start of the pandemic,” Kelly’s statement read. “It is too late to impose a federal standard now that we have already developed systems and strategies that are tailored for our specific needs. I will seek a resolution that continues to recognize the uniqueness of our state and builds on our ongoing efforts to combat a once-in-a-century crisis.”

Kelly is not the only Kansas official who opposes the ETS. Kansas Attorney General Derek Schmidt joined Kentucky, Idaho, Ohio, Oklahoma, Tennessee and West Virginia in filing a lawsuit in the 6th Circuit Court of Appeals against OSHA and other federal entities. The Associated Press reported 20 other states had filed similar lawsuits on different circuit courts.

Per KWCH12 from Wichita, Schmidt said OSHA does not have the authority to require vaccine mandates for private businesses.

“Nothing in federal law gives OSHA this kind of far-reaching authority,” Schmidt said. “Businesses that do not comply would be subject to steep fines. And to make matters worse, state and federal governments have just announced they will stop paying the cost of testing for businesses, shifting that cost onto businesses themselves.”

The article also reports Schmidt said people should be vaccinated. However, he said the mandate goes too far.

“As I have said many times, I encourage Kansans to be vaccinated, but that personal health care decision should be made by each individual and not mandated by the federal government,” Schmidt said.

Student Union employees have their own thoughts on the potential mandates if the ETS overcomes the legal obstacles and the stay order is lifted.

Jon Jonas, freshman in pre-veterinary medicine in animal sciences and industry, is a student-employee in the K-State Student Union Bookstore. He said he understands why people might be upset about being forced to get the vaccine.

“I like how they put in weekly negative COVID tests … I think that’s a good substitution for it. I can see why people get really mad about it because it’s America — people don’t like being forced to do things,” Jonas said. “Since I’m already vaccinated, it hasn’t affected me, but I can see why people could get pretty pissed about it.”

Kate Herrera, freshman in interior architecture and a student-employee in the Student Union, said the mandate would benefit the university as a whole.

“I think it’s a step in the right direction,” Herrera said. “I think it should have been implemented sooner just so that we can ensure the safety of everyone around us. We wouldn’t be wearing masks right now if we had implemented this policy a lot sooner.”

Brie Luccous, senior in chemistry and student-employee at the Cats’ Den, said she appreciates that people who choose not to get vaccinated would need to provide weekly negative COVID-19 tests.

“It’s nice to know that the Union would take steps for at least trying to maintain some idea of COVID cases that could breakout in the Union,” Luccous said. “Especially if there are more unvaccinated employees than people may realize.”

Until the legalities of the ETS are sorted out, mandate-affected organizations will have to wait and see what will happen.

Despite it all, Diederich said she wants to ensure the Union is not a place where people might contract COVID-19.

“The larger issue is, just, we want to keep our people safe,” Diederich said. “We don’t want to be the cause of a huge breakout or anything like that.” 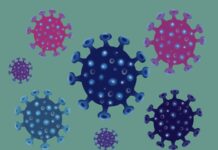