Yaroslav Gumennyy, freshman in business administration and a Ukrainian native, said his mother does not venture out much from her home following the Russian invasion of Ukraine. According to CNN, Russia began the assault during the early morning hours of Feb. 24, Eastern European Time.

“Nobody wants to get to the risk of getting intercepted by Russian forces on a road, so my mother stays home,” Gumennyy said.

Gumennyy’s parents remain in Ukraine, and he said he is keeping in contact with his mother as best he can.

“Approximately every four to three hours, I’m calling her because Ukrainian news agencies show all the Russian attacks and the bombing of [the] civilian population,” Gumennyy said.

It is similar for Dima Lysak, an undergraduate exchange student from Ukraine studying chemical engineering.

“My parents said that they’re not going to leave because this is their home,” Lysak said. “Everyone is afraid, but nonetheless, they fight for their home, for their family and all that stuff. But still, we need help because we’re not as big as Russia: we don’t have so [many] resources.”

Some countries, including the United States, have stated they will not send troops to Ukraine because it is not a North Atlantic Treaty Organization member. However, according to CNN, many of the same countries placed sanctions on Russia, limiting its ability to wage war.

Although the U.S. is not currently supporting Ukraine with its military, Volodymyr Z., a Ukrainian undergraduate exchange student studying computer science, and Volodymyr Kavetskyi, graduate student in agronomy and a Ukrainian native, as well as Lysak and Gumennyy, all said the K-State and Manhattan community could take other actions to help the Ukrainian people.

Recommended actions include donating to legitimate organizations, such as the Red Cross and Save the Children, providing humanitarian aid to refugees.

The students also said people could donate to the National Bank of Ukraine’s account for the Ukrainian Army, contact Kansas senators and state representatives to help place more sanctions on Russia and close airspace to Russian planes.

On a more personal note, they suggested people only share truthful and accurate information on social media and ensure people know where their money is going when purchasing items.

Carla Martinez Machain, professor of political science, said one goal of the sanctions is to impact the Russian oligarchs negatively.

“Even though Russia is not democratic, there’s a core group of people without whose support Putin can’t stay in power,” Martinez Machain said. “That includes the oligarchs who control a lot of the economic resources in Russia. So, a lot of these sanctions are targeted to hurt the economic and financial interests of these people who are keeping Putin in power. And to basically turn them against the war because of the high economic costs that they’re facing.”

According to Vera Smirnova, assistant professor of political science and geography, who also has family in both Ukraine and Russia, the sanctions against Russia — meant to target the Russian government and oligarchs — will also negatively impact Russian citizens.

“Inflation is already 8.7 percent, the Central Bank has hijacked their interest rate now to almost 20 percent, which has never happened in the history of Russia,” Smirnova said. “People are definitely going to suffer because we’re already seeing the prices for just general groceries have increased 11 percent.”

While the invasion leads to high costs, including 752 civilian casualties, as reported by the United Nations on March 1, Martinez Machain said it’s difficult to fully understand what intentions Russia’s president, Vladimir Putin, has by invading Ukraine. However, she said his recent speeches give some indication of his goals.

“He has alluded to historical Russia, so not just the Soviet Union,” Martinez Machain said. “I think a lot of people have been talking it wants to go back to the Soviet Union. But I think he has actually gone beyond that in his speeches and is making reference to kind of the historical Russian Empire. I think he sees Ukraine, as well as other countries in the region, as being historically part of Russia, and they should be part of Russia again.”

Smirnova said while Putin’s ultimate goals in Ukraine are uncertain, the Russian government’s rhetoric surrounding the invasion is perplexing.

“Russian nationalists are portraying Ukraine as currently being completely absorbed by the neo-Nazi government,” Smirnova said. “I don’t know what that even means because Zelenskyy himself is Jewish, because Israel has openly supported Zelenskyy and because Ukrainians fought on the side of the Soviet Union against Nazi Germany for a very long time.”

“So far [Putin] seems to want more, so I think at the very least he is aiming for regime change,” Martinez Machain said. “So somehow overthrowing the Zelenskyy government and then substituting it with a pro-Russian, puppet-type government.”

Despite threats against his life and an offer from the U.S. to evacuate him from Ukraine, the actor and comedian turned politician, Zelenskyy, has refused to leave the capital city of Kyiv.

“He shows himself as a great leader,” Volodymyr Z. said. “Many people portrayed him as a clown before: nobody doubts that he’s a ‘Chad’ right now. He’s a hero.”

Kavetskyi said other presidents would not be as bold as to stay in a warzone.

“The fact that my president decided to stay there to be with the people means a lot,” Kavetskyi said. “Unlike most of the presidents before, he stands with the nation.”

Regarding the high number of civilian casualties, Martinez Machain said Russian forces are not using weapons in ideal settings and are aiming for military targets in urban areas. As a result, the situation has led to Ukrainian civilian casualties. However, she said that is not the whole story.

“At this point, the Russians have made it clear that they’re willing to target civilians,” she said. “They’re trying to make it so the war is costlier for the Ukrainian population to make them think, ‘Oh, it’s not worth it to put up resistance, too many people are being killed, we’ll pressure our government to surrender to the Russians.'”

Gumennyy said this conflict, especially the targeting of civilians, has instead brought the Ukrainian people together.

“There’s always been kind of division in Ukraine through the eastern and western,” Gumennyy said, “But right now I want to say that whole Ukraine is united and that the whole [of] Ukraine is against the Russian terrorist attack on [the] civilian population.”

Smirnova said she believes Putin was surprised by the Ukrainian people’s national identity and will to fight for their country.

“The bigger kind of a thing that probably surprised Putin was how united Ukrainians are and actually how they have their strong national identity, and they’re ready to go and fight,” Smirnova said. “So, we see mothers and fathers just dropping off their children across the border and coming back to fight.”

That is something Kavetskyi said he believes, as well.

“I think the most important part is that Ukrainians are ready to fight for their own land,” Kavetskyi said. “They want to protect their land. They want to stand till the last drop of blood they have, and we won’t give any of our territories to anyone. Anyone who comes to our land with a gun will be dead.”

“It matters in terms of mobilizing global support in favor of Ukraine because what we’re seeing is these images that show up on our TV of ordinary citizens with rifles and Molotov cocktails,” Martinez Machain said. “So it really emphasizes what the people of Ukraine want is to be independent.”

Volodymyr Z. said everyone he has talked to in his home country holds the same belief about the result of the conflict.

“All people I know share this opinion that we will win,” Volodymyr Z. said. “There is no doubt that we will win, and the only question is when and what Putin can do in the meantime. It’s not a question who will win: the question is how many casualties there will be, how [much] damage to infrastructure and how many civilian people will be killed.”

Lysak said he believes global support will make the world remember this invasion.

“I don’t think the world is going to forgive Russia, even in the worst scenario if Ukraine is invaded and in control of Russia or something I don’t think that world is going to forgive Russia for that because we’re living in the 21st century,” Lysak said. “I mean, war is our history, and to make wars right now when we have some other problems like global warming – it’s not a very good time for wars.”

He added Ukrainians are fighting for independence from Russia.

“Freedom means a lot to everyone because for a huge part of our history, we [have] always been a part of Russia,” Lysak said. “We want to go further to join European Union to grow and just to get better. It means everything to us. Because with Russia, we’re not going to grow.”

Kavetskyi said Ukrainians didn’t ask for this war, but he hopes the Ukrainian and Russian people can appreciate their nations’ shared history while recognizing Ukraine’s independence.

“Ukraine, in general, is a really friendly nation, and we’ve never been aggressive to anyone,” Kavetskyi said. “We want freedom for people to live without fear of being attacked by their neighbors and from those who claim to be our brothers and sisters in Russia. Freedom is that we can leave on our own and remember that we were together in the past and that we have a joint history.” 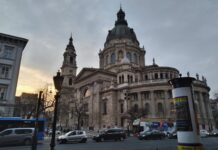 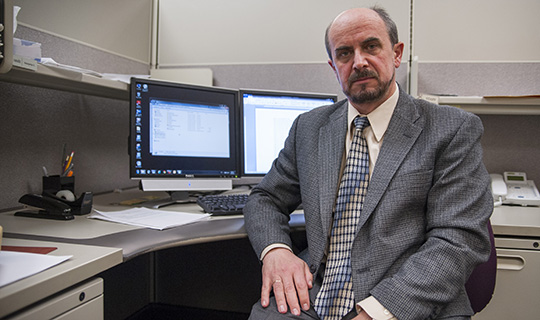