Michael Perry’s “Population: 485” was recommended to me both congregationally in a sermon by a pastor and then personally by the pastor himself. At the time, I had been out of Kansas for about five years and had just come back, so he thought this would be an appropriate story for me to read. I immediately purchased the book, and as good intentions go, it sat on my shelf for far too long.

Then one day, sort of on a whim, I picked it up and started reading. I’m glad I did.

The true story follows the account of Michael Perry as he returns to his hometown of New Auburn, Wisconsin — whose population is, aptly, 485 — after several years away. Perry grew up in the town, so he knows the buildings, the landmarks and the people.

Yet, while they might say nothing ever changes in rural places, his absence has created a chasm between the town and himself. Things have indeed changed, although they probably would not have been noticed by the casual observer. Perry is from New Auburn, but he no longer belongs to it. So, you can imagine the reactions when he moves back:

He is recognized but not known. The town has moved on, and he is only a memory in its history.

He eventually rents a small apartment overlooking the main street in town. He writes, mostly in the evenings, and thinks about what it means to call a place home. He also joins the volunteer fire department. This is where most of the adventures stem from.

Perry goes from one emergency to the next, some actual and some less-so, meeting his neighbors and reintroducing himself to them. He slowly gets back into the rhythm of the small town, relearning its customs, nuances and quirks.

When a traumatic event shakes the town to its core, he sees the town for what it is: flawed and aging, yet real and genuine. It’s a juxtaposition only noticeable by someone who has stepped away and come back with new lenses. He knows he is home.

“Population: 485” stands out to me because it focuses on the small things in life in a little place overlooked by most of the world. Sure, there’s New York and Los Angeles, but what about the rest of the country? Those glossed over, hidden places few people outside of a twenty-mile radius have heard of?

As you know, there are plenty of these places in the Sunflower State and the Midwest, which might be why the story sticks with me so much. These places are home to people. They matter to people. Would the world go on if one of those towns dried up and vanished? Of course it would. Yet, to the people living there, that’s their world, their home.

In all, Perry has done a tremendous job of opening the door to one of these places — New Auburn — and showing us the ups and downs, the joys and sorrows, the living and dying of these small places. Whether you’ve lived in a small town or not, Michael Perry’s “Population: 485” is a book about what it means to call a place home and a story you do not want to miss. 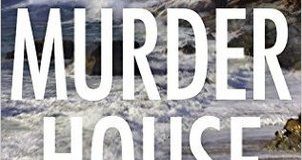