In the final installment of ‘Five Years, Three Records,’ we’ll look at a record that I’m tired of fans pretending not to like: Blink-182’s 2016 release “California.”

But first, some context to the record’s 2016 release:

Blink-182’s hiatus ended in 2009 when the band went on a reunion tour and started recording again. They released “Neighborhoods” in 2011, and then more drama struck when a rift formed between the band and guitarist Tom DeLonge.

DeLonge left to chase aliens —among other reasons, including commitment issues.

Blink turned to Alkaline Trio frontman Matt Skiba as a fill-in guitarist, singer and writer in 2015. The trio of Skiba, bassist and vocalist Mark Hoppus and drummer Travis Barker released “California” in July 2016 to a lot of hype.

The record debuted at No. 1 on the Billboard Top-200 chart, sat there for a week before finishing the year at No. 69 and remaining in the publication’s top rock albums into 2017. It sold 500,000 copies, reaching Gold status.

Despite its place on the charts, “California” received mixed reviews from critics and fans. Metacritic’s ranking algorithm — which takes 100 critics into account — rated the record just 63 out of 100. The Guardian gave it two out of five stars and Rolling Stone gave it three-and-a-half.

Many of the criticisms of the record are valid: there are no “Tom Songs,” and the record lacks some of the endearing childishness Blink-182 fans have come to expect. The production is a little too present, and some songs sound too similar.

By no means is it as good as the band’s four-record stretch from 1997 to 2003, and at 16 songs and 42 minutes, it is a bit long. However, it’s worth listening to if you missed it, ignored it or wrote it off five years ago — you might be pleasantly surprised.

The first single, “Bored to Death,” is one example of a pretty classic Blink-182 song. The lead guitar sounds like a forgotten B-side off “Enema of the State,” and Hoppus and Skiba trade verses back and forth just like Hoppus and DeLonge used to — even if Skiba’s voice isn’t as delightfully nasally as DeLonge’s.

“Teenage Satellites” is a fairly classic pop-punk song about two love-struck teenagers running away together to escape the problems of their world. The band acknowledges that often times teenage romances are quick to break apart in the atmosphere like satellites crashing back to Earth.

However, the record shows a little bit of a more grown-up take on life — and it should. “Calfornia” was released 21 years after the band’s debut record “Cheshire Cat.” It captures the good and bad of the state while still providing that pop-punk sound.

“Los Angeles” provides a very pop-punk look at the grittiness of some parts of Los Angeles, and Skiba said in an interview with NME that it juxtaposes against the traditional view of the city.

“Home is Such a Lonely Place” sounds like a classic pop-punk break-up song, but it’s really about Hoppus’ son growing up and leaving home. With that context, it’s absolutely tear-jerking when Hoppus sings, “I wish I could slow down time / But not enough to slow you down.”

The title track, “California,” reads like a love letter to the band’s home state, but the lyrics are about the unfulfilled promise the state brings to some of those who move there.

Lyrics like “Good things haven’t happened yet, I’m empty as a movie set / It’s what I’ve always wanted” and “Living in the perfect weather / Spending time inside together” capture that beautifully.

Ultimately, it’s that dichotomy between sounding like early 2000s sophomoric punk with more grown-up themes that makes this record worth a revisit. It also has a few joke songs like “Brohemian Rhapsody” and “Built This Pool” to bring some lightheartedness.

“California” is available on all major streaming services. 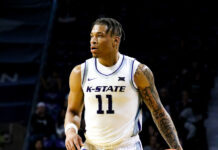