Home Branded Content Why Disney Movies are Great for Everyone 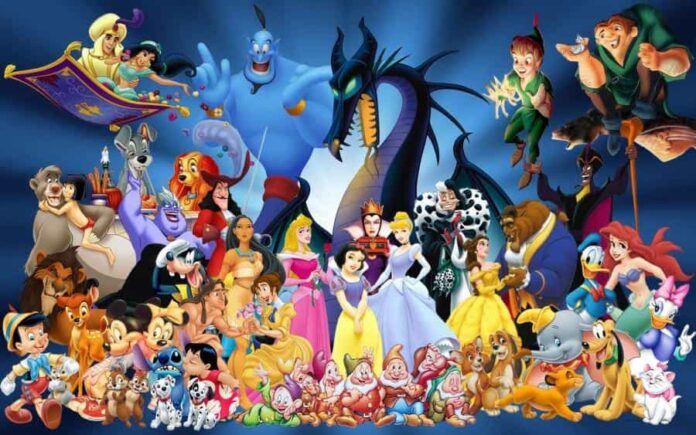 When you watch Disney movies, no matter how old you are, you will always get a sense of serenity and tranquillity. Although these films are mostly aimed at youngsters, they are just as amusing for adults.

Disney movies, both animated and live-action adaptations, have a remarkable ability to portray imaginary characters. Not to mention the epic plot that runs throughout the narrative.

Parents and counselors can use animated movies to help children communicate more effectively about difficult topics. For example, Disney films blend entertainment with life lessons like love, friendship, good against evil, death and loss, and the value of family.

Some of the classic Disney Plus movies include:

Disney movies deal with serious issues and reinforce key lessons. They can influence us in ways we never expected, and they are frequently oddly inspiring. (And, in case too many of us rush for the sick bowl, they also promote some very questionable moral behavior, which they then laugh about.) These films are excellent educational resources for people of all ages.

So, without further ado, let’s find out the six reasons Disney Plus movies are a must-watch for everyone.

These films encourage people to be themselves regardless of their circumstances. These films inspire everyone to strive to be a better version of themselves. Although the individuals in these pictures are fictional, the lessons they teach are quite genuine and relatable.

They show us that good always wins against bad. One of the famous Disney pictures, ‘The Lion King’, provided us with several teachings among which the most important was ‘the past is in the past, all we can do is learn from it and move on.’ Undeniably the audience was moved by the heart-wrenching death of Mufasa, but Simba, eventually taking over the kingdom’s responsibilities, was a moral for everyone indeed.

Almost all of these films are suitable for children. During the holidays, you can watch Christmas movies with your friends and family. Most of the films’ concepts are intended for a family audience. There are no incorrect notions that parents may believe will have an adverse effect on their children.

Disney animated films are well-known for being kid-friendly. The Disney characters are friendly and entertaining, allowing you to spend quality time with your family.

Disney shows and movies resonate with people of all ages, races, and cultures. The stories and characters are created in such a way that anyone can relate them to. Therefore, Disney television series and films have become increasingly famous around the world.

Disney films are now easily available in a variety of languages and on a variety of free and paid streaming platforms. They promote the concepts of cooperation and togetherness in their movies.

4. A Notion to Believe in True Love

Isn’t it true that everyone is familiar with Disney Princess films? In a large number of their movies, love is the central theme. These films show the significance of struggling for love. Many ancient Disney movies include lessons such as love for oneself and others above all else, just like Frozen, where unconditional affection can be seen between the two sisters.

These heartwarming movies give us a splendid chance to take a break from the real world chaos and restore inner peace and joy.

Talking about children’s overall development and growth, a powerful imagination plays a vital role. It helps them in developing new ideas and also thinking out of the box. Watching such movies together not only encourages the cognitive growth of children but also helps in improving parenting techniques. They can make communication easier when adults try to tell youngsters about real-life obstacles.

Since the movies are family-friendly and every age can resonate with them, it provides a great opportunity for building stronger ties with the family members. With such entertainment, they can spend memorable quality time together during a time like this, when life has gotten extremely busy.

Disney films teach children the value of ambitions, friendship, family, and the determination to never give up in the face of adversity, among other things. These lessons are also crucial for adults, who often overlook these fundamental but powerful insights.

Disneyland in the USA itself has long been known as the “happiest place on earth,” a location where visitors always have pleasant experiences that reflect the tone and morality of Disney’s many successful films. Disney films, experts have discovered, not only promote generosity through their plots but also have a beneficial effect on individuals who watch them.