When most people think of the Kansas State Fair, they think of carnival rides, but it is much more than that, Gwen Fry, a freshman in open option said.

“The state fair is a lot of fun,” Fry said. “But when I think about the state fair, I think of all the 4-H events. It’s more than just the carnival rides. It’s actually 4-H, and a lot of people don’t realize that.”

This year, the Kansas State Fair is being held in Hutchinson from Sept. 9 to Sept. 18. It will include appearances from Kansas City natives Tech N9ne and Blane Howard on Friday, Sept. 16, as well as Chiefs mascot KC Wolf and the Kansas City Chiefs drumline, according to fox4kc.com.

Katrina Turner, a sophomore in animal sciences and industry, said the state fair is a representation of Kansas with its different youth projects on display.

“There are different booths where different vendors can set up,” Turner said. “The 4-H and FFA programs in the state of Kansas have different livestock shows. There are static exhibits. You can go see baked goods or photography. There’s different barns that kind of represent agriculture in Kansas.”

“It would mostly be freshmen exhibiting, because the exhibitors have to be no older than 18,” Nordyke said. “Kansas State students who are exhibiting livestock projects would be impacted the most by the state fair. Those students have animals that they’ve had on feed since at least June, but more realistically, it’s from late last spring or even last fall depending on the exhibit area.”

In addition to exhibiting livestock, there are other projects displayed at the state fair, including a fashion review where students model clothing, Fry said.

“What is most impactful for me is probably modeling this year. I’m really nervous because it’s my last year so I really want to do well,” Fry said. “I enjoy just being able to be up on that stage and modeling, especially when they do callbacks. And if I get a callback, then I get to go back up on stage and find out if I was grand champion or reserve.”

Nordyke said, no matter the project, students benefit from participating.

“It’s not necessarily just participating at the fair,” Nordyke said. “They learn important life skills throughout the year. This includes leadership responsibilities because they learn to care for something other than themselves and to be a part of a larger organization. They also learn sportsmanship skills and teamwork through their involvement in exhibiting and competing at the state fair.” 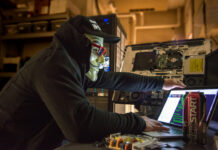