Kansas State began their 2022 Big 12 play with a draw against Iowa State 0-0. The draw gives the Wildcats a 4-4-2 record and ends a four-game losing streak in Big 12 play dating back from last season.

In the first half of the match, the Wildcats and Cyclones played each other evenly. Each team ended the half with 8 shots, including two shot attempts from K-State goal leader, senior forward Kyler Goins.

The second half did not feature the same even play as the first. K-State took seven shots while Iowa State was only able to attempt one during the last 45 minutes of play. The Wildcats nearly had a goal from redshirt junior forward Caylee Thornhill off action from a corner kick. K-State ended the match with 10 shots on goal, a school record for a Big 12 match.

K-State will play their second Big 12 match against Oklahoma State on Sunday, Sept. 25, at 1 p.m. at Buser Family Park. 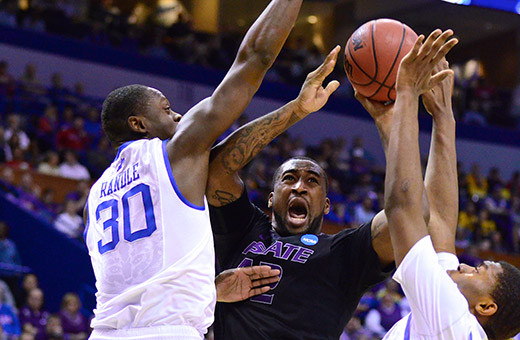