In a close 27-23 loss, Lockett hauled in nine passes for 76 yards against the Atlanta Falcons, making this the second consecutive week Lockett has finished with nine catches. Lockett ranks seventh in the NFL with 21 receptions in the season. This was the 10th time in Lockett’s career where he had nine or more catches in a game.

Reed, the up-and-coming cornerback, recorded three tackles and one pass deflection in the Jets 27-12 loss to the Cincinnati Bengals on Sunday. For Reed, this was his second highest number of tackles in a game this season, with his high of five taking place in New York’s win over Cleveland last week.

Pringle collected one catch for 11 yards before leaving Sunday’s win against the Houston Texans with a calf injury. The former Super Bowl champion already battled a quad injury throughout the preseason with Chicago. On Tuesday, the Bears announced that they will be placing him on injured reserve. This week’s injury is a significant blow to Chicago’s wide receiver core.

Veteran lineman Whitehair started for the 98th time in his career on Sunday for Chicago in their victory over Houston. He received the highest Pro Football Focus grade of all Chicago offensive linemen with a score of 85.5.

Risner started at guard for Denver in their 11-10 Sunday night victory over the San Francisco 49ers. The game was a milestone for Risner, as it was his 50th career start in the NFL. 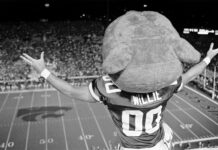 Injuries, position battles among what to watch at Saturday’s spring game