Home Featured Home Wildcats in the NFL: 2022-23 season wraps up

Lockett finished 2022 with his fourth consecutive 1,000 yard season, hauling in 84 receptions and nine touchdowns as the Seahawks made the playoffs with a 9-8 record. The Seahawks fell to the San Francisco 49ers in the Wild Card Round in the first playoff game of the season. In that game, Lockett caught six passes for 39 yards but failed to find the end zone in the defeat. The 30-year-old Lockett is expected to return to Seattle for his ninth season in the NFL in 2023.

After being drafted in the seventh round of the 2022 NFL Draft by Miami, not many expected Thompson to make the final roster as he sat behind Tua Tagovailoa and Teddy Bridgewater on the Dolphins quarterback depth chart. However, the 25-year-old excelled in the preseason, making the roster as the third-string quarterback. After making a start midseason, Thompson relieved an injured Bridgewater during the Week 17 matchup against New England and threw for 104 yards and his first career touchdown in a 31-23 loss.

The following week, Thompson threw for 152 yards in a postseason-clinching victory for the Dolphins over the New York Jets. With Tagovailoa and Bridgewater still injured entering the postseason, Thompson got the start and tossed for a career-high 220 yards, but the Dolphins fell just short in a 34-31 loss to the Buffalo Bills. Thompson threw for 534 yards on the season with one touchdown and three interceptions and completed 57% of his passes.

Reed finished the 2022 season with a career-high 80 tackles as the Jets finished 7-10 after a strong start to the season. Reed also intercepted one pass, forced one fumble and garnered a career-high 12 pass deflections. Throughout the NFL, Reed and his rookie counterpart, cornerback Sauce Gardner, became known as one of the best cornerback duos in the league.

Pringle battled injuries for most of the 2022 season as he hauled in a career-low 10 receptions and 135 yards with the Chicago Bears this past season. It is unknown if he’ll return to the Windy City next season due to the lack of production.

It was quite an eventful season for Shelley, who was cut in the preseason by the Chicago Bears only to be picked up by the Minnesota Vikings practice squad days later. Shelley eventually made the active roster in mid-season and rose up to become a starter at the cornerback position for Minnesota. In Week 18 against his former team, Shelley recorded his first career interception as the Vikings finished with a 13-4 record. However, they were defeated Sunday by the New York Giants in the Wild Card round, ending their season.

For the season, Shelley recorded 23 tackles, broke up eight passes and recorded one interception.

Horne played in 16 games for Atlanta, starting four in total. He recorded 27 tackles in his rookie season and a pass deflection. The Falcons finished the season 7-10, missing the playoffs for the fifth consecutive season. 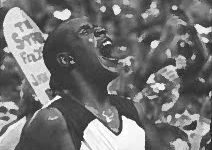 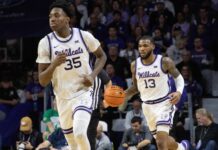 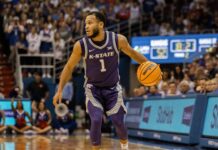