The Collegian editorial board looks back over the films of 2022. Here are their top picks.

After the opening scene with the monkey I knew I was hooked. Even though the storyline was hard to follow I never stopped paying attention, honestly I was fascinated. The action, drama and special effects were mesmerizing and I will definitely rewatch.

Grace Needham – Where the Crawdads Sing

Not to be cliché, but the movie wasn’t as good as the book. Still, this film edges out all others due to Daisy Edgar-Jones’ stellar acting and stunning panoramic shots of North Carolina’s marshland. “Where the Crawdads Sing” is simultaneously gut-wrenching and heart-warming, leaving a lasting impression on the viewer.

Tom Cruise hasn’t aged a day, and he slipped back perfectly into his iconic role as Maverick in the sequel over 30 years in the making. The movie featured high-octane action blended with melancholy themes as Maverick navigates life living with the guilt of Goose’s death and Iceman’s withering state. The movie struck the perfect chord between paying homage to its predecessor and employing new-age movie magic.

Cole Bertelsen – Everything Everywhere All at Once

The multiverse-hopping action of this movie, while very engaging and well-shot, is nothing compared to the emotional story at its core. Mixed with outlandish comedy and life-or-death stakes is a tender story centered around an average family’s relationships, which will certainly surprise viewers with just how well it’s delivered. I can’t recommend this movie enough.

Elvis was very important to my Grandma, and I loved getting to experience what she did. I felt transformed in the theater during the movie and actually went back and paid to watch it five times.

The original “Knives Out” in 2019 raised my expectations for mystery movies, so I knew I had to watch the sequel. ‘Glass Onion’ played into the ingenious themes of Knives Out while managing to act as its own unique piece.

The 11-year sequel shockingly brought me in from the start. The introduction of the main villain and his appearances throughout the entire movie left me with chills in excitement. DreamWorks created their best villain, but their only flaw was that his character did not appear in enough scenes. His terrifying presence has made me want to learn how to whistle.

It is immersive, and the attention to detail is amazing. It really shows us a connection to a reason that respect for the planet matters. 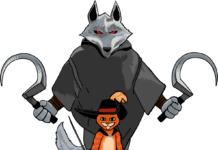